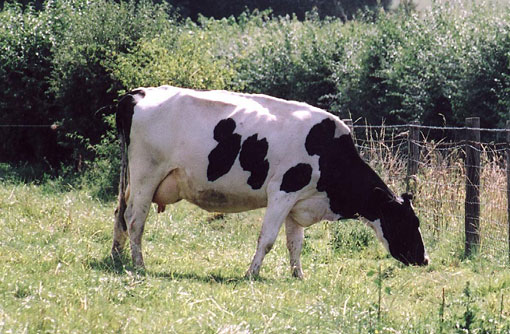 Now is the time to think about nitrogen application and check that tracks are up to scratch for the grazing season, says DairyCo extension officer, Chris Coxon.

“Before cows are turned out in the spring, assess your tracks and see where any improvements may be necessary. This should include fence posts and wires.

“As we are out of the closed periods for NVZ areas and grass is starting to look for some nitrogen, applying a suitable application is also recommended,” he says.

A dose of 40m3 of average 6% dry matter (thick soup equivalent) slurry will provide 104kg/ha of total nitrogen – of which at 35% availability will be a useful 36kg of nitrogen for the plant to feed off.

“For those using a splash plate, 35% availability is a good estimate, but evenness of application is also important – a good rule of thumb is to calculate rates to ensure you can drive close enough to the previous pass to give you a bout width that is half the spread width.” This will even the spread area and availability of nutrients across the whole field.

• DairyCo’s recently updated Cow Tracks publication is full of information on getting your tracks up to scratch.

As the maize season approached, farmers should be looking to select forage maize varieties on the basis of independent trial work, advises Mary Vickers of EBLEX.

“The Descriptive List (DL) for forage maize presents variety data for field and quality characteristics, as well as agronomic data,” she says.

The forage maize descriptive list can be found at www.herbagevarietiesguide.co.uk/foragemaize

It is crucial that producers manage and maintain electric fox fences, to keep foxes and badgers away from farrowing paddocks and reduce the number of missing piglets, says Charlotte West, BPEX knowledge transfer manager.

Water is also very important and feed intake immediately after weaning can be improved by feeding liquid or gruel, she says.

When moving pigs, producers should allow them space and time so that their hierarchy isn’t too disturbed and they are not forced to interact with pigs of a “different level”, says Angela Cliff, BPEX knowledge transfer manager.

“Being handled isn’t a normal experience for pigs, which is why it can be stressful and challenging. Producers should walk the route and think like a pig to try and identify areas that will stop the pigs moving forward.”

It’s essential to have the right grass and clover varieties in the right proportions, according to EBLEX’s Liz Genever.

“Choose the type of grass according to what you want the ley to do – ie produce high quality silage or good grazing over five years,” she says.

“Select varieties from the Recommended Grass and Clover Lists, which offer independent assessments of the top varieties from all the breeding companies, updated annually.”

6) Don’t worm all ewes at lambing

Sheep producers should leave 10-20% of ewes undrenched at lambing to preserve some susceptible worms – otherwise any expelled in the faeces on to spring pasture will be resistant to future treatment with the same wormer.

EBLEX’s Katie Brian says: “It is about finding the right balance – drenching ewes to reduce future contamination, without exposing all worms to the anthelmintic.”

“Leave out the fittest, mature ewes that are rearing singles, as they will be least affected by a high worm burden.”

See our previous monthly must do’s