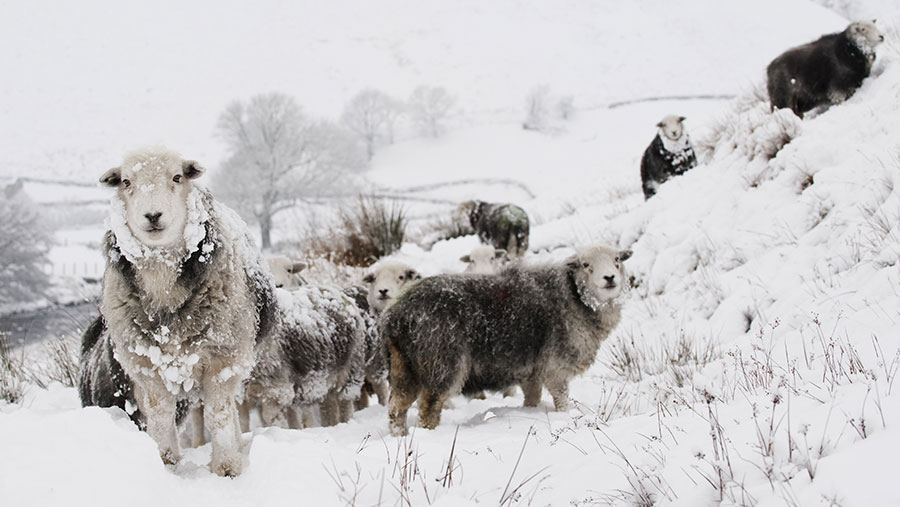 But the department said no additional government money was available to support collection – despite facing repeated calls from industry leaders and local representatives to release emergency funding to subsidise fallen stock disposal costs in Cumbria.

Heavy snow buried sheep with some farms remaining cut off for days after blizzards and strong winds hit much of the country as February turned into March.

Although many animals were rescued, some farms have borne heavy losses.

Conservative MP Rory Stewart, who represents the Penrith and The Border constituency, described conditions as “some the worst in living memory” and said the case for Defra support was clear.

The government last relaxed the rules on stock disposal due to extreme weather in 2013.

He added: “Conditions in parts of Penrith and The Border are, quite simply, some of the worst in living memory. Farmers are suffering a great deal.”

“Not only have they lost stock in-lamb – the most critical time for most farmers – but on top of that they are dealing with the costs of disposal, sometimes of hundreds of dead animals. The financial and emotional impact of this is unimaginable – they have all my sympathies.”

The NFU said it too was continuing to press for further support to aid those farms affected.

The union said it was gathering evidence from across the country about losses and would again be asking Defra to support those farmers hit the hardest with collection costs.

But Defra said there was “no government funding available” to support collection costs.

A Defra spokesman said the current evidence indicated the impact of the snow was not as widespread as in 2013 when heavy snowfall arrived at the end of March, coinciding with peak lambing and followed a period of prolonged cold weather.

Defra would continue to keep in close contact with farmers’ representatives on the latest situation, said the spokesman. National Fallen Stock Company collectors remained ready to support farmers with fallen stock collection and disposal when possible.

“We understand the difficulties farmers face in severe weather and are in close contact with farmers representatives on the latest situation. Where possible – and safe to do so – fallen stock should be collected and stored so as to prevent access by other livestock or pests, such as rodents or birds.”