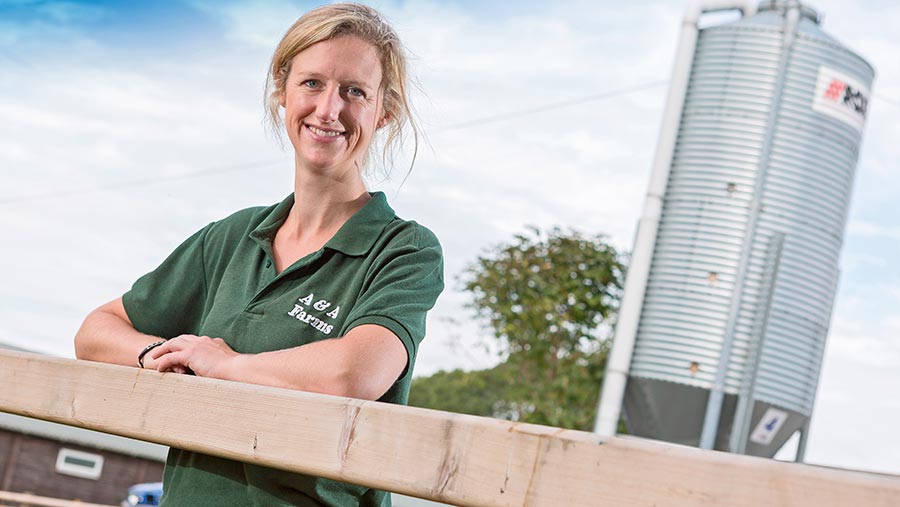 Shortly after I wrote my last column we set a new farm record for numbers born alive. The JSR 400 terminal sire averaged 15.43 across 88 sows.

Since our first farrowing on the batch system in January 2017, we have averaged 14.41 born alive on the Hermitage Maxgrow and the JSR 400 terminal sires.

This is up 1.2 piglets a litter on the weekly system in 2016 across the PIC 337, Maxgrow and the JSR 400. Genetic improvement must play a part, but it was such a step-change after switching to batching that we feel the good results must be down to the focus of labour on one task at a time.

See also: Deadline nears for recording antibiotics use on eMB-Pigs

Although these high numbers are fantastic, they have also caused a few headaches. We have had to sell 150 piglets at weaning and it is likely we will have to send a significant number as pork and cutter-weight pigs, as we don’t have the finishing space to take them through to bacon weight, particularly through the summer months, when we like to stock a little lighter.

As these higher numbers look set to stay, we have been forced to think about what we do to manage this. It looks as though, in the short term, our only option is to farrow fewer sows per batch, but this pains me.

We have been talking about investment on the pig farm for some time now, and it’s come to crunch. However, it’s just a case of deciding where to start. Our dry sow housing and feeding system is antiquated.

Our farrowing house is labour intensive and hours could be saved here with upgrades to the flooring. And our finishing accommodation is perfectly adequate, but we just don’t have enough space anymore.

Investing in more finishing space would bring the fastest return on investment, but if our current dry sow housing doesn’t perform, it’s not much use if we don’t have the pigs to fill it.

The Pig and Poultry Fair couldn’t come at a better time and I’m hoping to come away with some firm decisions on how to proceed.

Sophie Hope, Cheltenham, farms 380 sows indoors from farrow to finish, producing 10,000 pigs a year direct to Tesco, as well as 81,000 broiler-breeders. A straw-based system is currently in place with boars from composite commercial lines and some Hampshire used for hardiness.