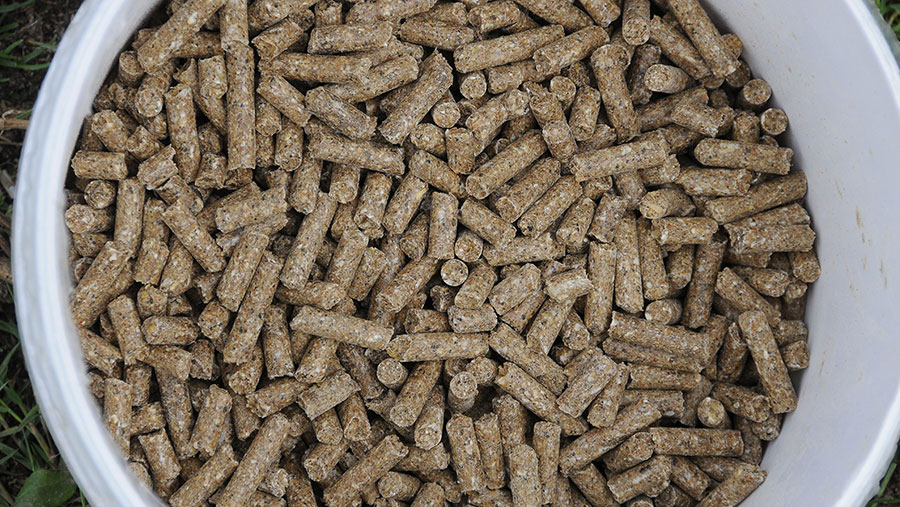 A pig farmer has raised concerns about the discovery of plastic shreds in his animal feed.

Andrew Rock, who runs a small-scale pig farm in Lincolnshire, said he was shocked after finding tiny pieces of plastic in his pigs’ feed for several months.

Mr Rock kept some of the pellets which revealed bits of plastic inside – and he sent a picture of the feed to the Guardian.

He told the newspaper: “In the back of my head I thought maybe it was people dropping gloves into the feed mill.

“I took a kilo scoop out of the bag and I did this over several weeks. I laid it out in the light and I found plastic in nearly every scoop.”

However, when he contacted his feed suppliers, Mr Rock was told the fragments were not a mistake, but were a legal part of the recycling process that turns waste food – still packaged – into animal feed.

In the UK, more than 650,000t of unused food is saved from landfill each year. But the recycling process is not able to capture all the plastic fragments.

However, in the EU, the legal level for the amount of plastic permitted in feed is zero.

The Agricultural Industries Confederation, which runs the scheme, said processing former foodstuffs to capture nutrients back into the food chain plays an important part in both avoiding valuable ingredients going to landfill and releasing farmland to grow other crops.

“In the case of plastic inclusion UKFFPA members observe the maximum permitted level, set in the UK by the Food Standards Agency, of 0.15% inclusion.

“The former food products sector plays an important part in meeting the FAO/UN Sustainability Development Goal 12.3 which is to re-use food nutrients as animal feed as a means to reducing food waste.”

An FSA spokesman said: “Based on current information, including the evaluation on the safety of microplastics exposure from food undertaken by the European Food Safety Authority (Efsa), the FSA considers it is unlikely that the levels of microplastic particles that have been reported to occur in certain types of food would cause harm to consumers.”