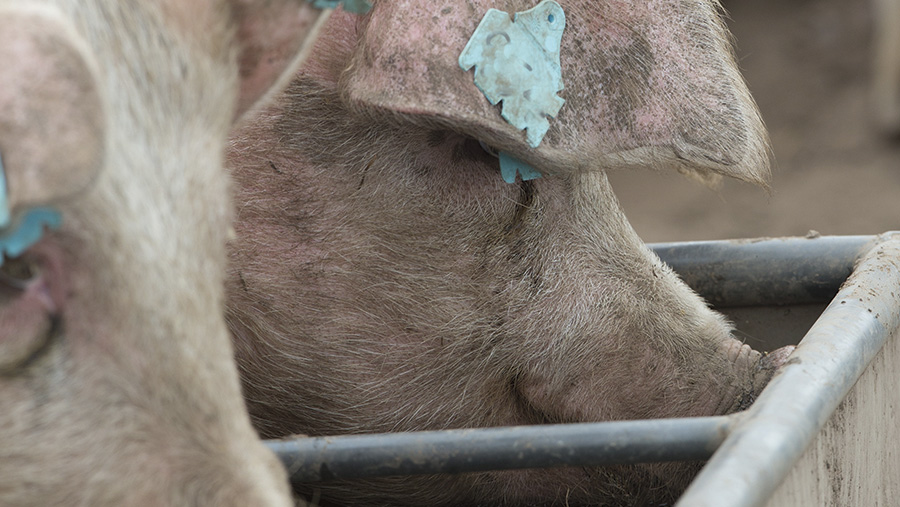 Since the use of antibiotic growth promoters (AGPs) was banned in the EU in 2006, there’s been growing interest in alternatives that can reduce the impact of pig disease and help producers regain lost productivity.

One of the challenges facing those looking to develop such products is the mechanisms by which AGPs deliver improvements in feed efficiency and weight gain have never been completely understood.

This means replicating the response to AGP use in pigs is far from straightforward, says Liz Mee, technical manager at Micron Bio-Systems.

“One theory is that by cutting the populations of pathogenic microbes in the gut, AGPs reduced the energy cost of any potential immune response, as well as preventing those microbes from competing for feed nutrients and producing harmful compounds such as ammonia.

“But it’s also been suggested that AGPs acted to limit the inflammation of the intestinal wall that typically occurs when pathogenic microbes are present.

“The result is an easier passage for nutrients into the bloodstream, increasing both uptake and utilisation, plus a reduction in the energy cost of the inflammation.”

Therefore, the vast majority of the AGP alternatives on the market target feed digestion, gut microbes and intestinal health.

Given that intestinal microbes can also influence the development of the digestive tract immune system, it’s possible that such additives may also indirectly boost immune response.

However, the way in which the various AGP alternatives achieve these goals varies considerably (see table below).

Most act by targeting potential bacterial pathogens in the digestive tract, aiming to replace them with beneficial microbes.

A number of the products on the market contain more than one active ingredient to maximise this effect.

“Choosing between these various options can be daunting, particularly if you don’t really understand the differences, or how each one affects the pig,” Ms Mee continues.

She says acidifiers reduce the pH of the intestinal tract, creating conditions less favourable to pathogenic microbes and more suited to those that are beneficial

Like some acidifiers, plant extracts – such as carvacrol from oregano, thymol in thyme and the anethole found in fennel and camphor – possess antimicrobial properties effective against bacteria such as salmonella.

In addition, they exert an antioxidant effect that reduces inflammation of the intestine lining, and stimulate the secretion of digestive enzymes and saliva to improve overall nutrient digestibility.

In contrast, feed enzymes – including xylanases, beta-glucanases and phytases – work by directly breaking down dietary components that can’t be digested by the pig itself, says Ms Mee.

Probiotics and prebiotics have been used widely to help mitigate the loss in performance since AGPs were removed from the diet.

Probiotics generally act by competing against potential pathogenic microbes within the intestinal tract, consuming the same nutrient source or the oxygen needed by those which are aerobic.

Examples include various species of Lactobacillus bacteria, as well as some yeast cultures, such as Saccharomyces cerevisiae.

Additional benefits include the secretion of antimicrobial substances, as well as strengthening the gut lining to make it less prone to pathogen attack.

“Prebiotics typically aim to achieve a similar effect, but by providing a nutrient source for beneficial microbes already in the gut rather than by adding additional microbes,” Ms Mee explains.

“Compounds known as mannan oligosaccharides (MOS) found in yeast cell walls are often used, as well as the fructo-oligosaccharides (FOS) present in many plant materials, such as chicory, onions and artichokes.”

The most promising of these are the purified beta-glucans extracted from the cell walls of Saccharomyces cerevisiae yeast, she adds.

“By increasing the pig’s ability to tackle all infections – not just those relating to pathogens in the gut – it’s possible to have a much broader impact on disease incidence, particularly during early life, when numerous stresses can compromise immune response and increase the risk of disease, growth checks and mortality.

“The improvement in immune response will also boost the efficacy of vaccines,” she adds.