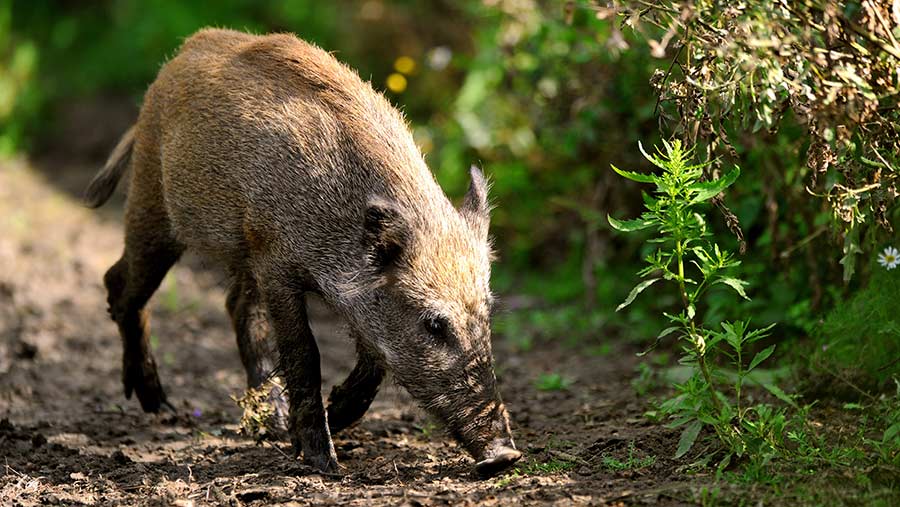 A cull of more than 4,000 domestic pigs has been announced for southern Belgium as cases mount in wild boar and more non-EU countries ban Belgian pork products.

A total of 4,150 pigs will be culled on 58 farms within a 240-square-mile infection zone bordering Luxembourg.

Six new ASF cases have been confirmed since Monday (24 September), bringing the total to 15 in Luxembourg wild boar, according to the Boerenbond, the Belgian farmers’ union.

Keep ASF out of the UK

In response to the rise in cases of ASF in Europe the Animal and Plant Health Agency (Apha) has reminded UK pig farmers and others in the industry of good biosecurity practice:

Farmers’ calls for pigs to be removed from the infection zone were met by Belgian minister for agriculture Denis Ducarme on Sunday evening, with strong backing from the European Commission.

Boerenbond said the emptying of the infection zone was a positive measure for export confidence as well as disease control.

An extension of the control zone has been ordered since the initial confirmation of the virus in wild boar in Etalle, Luxembourg, on 13 September.

Calls for the UK government to ban Belgian pork will be fruitless because of EU laws, according to National Pig Association (NPA) chief executive Zoe Davies.

Dr Davies said: “I totally understand why some members want to see imports banned from Belgium, Romania or other countries where ASF is present. In reality, the government has no legal power to do that.”

She explained that the EU’s ASF regulatory framework meant the UK fell under regional trade rules.

“While that does bring some obvious concerns, it is also worth bearing in mind that, one day, if the worst comes to the worst, we might actually be grateful for that. It could make a huge difference during an outbreak if unaffected parts of the country were still allowed to export.”