South Africa, a land known for its tropical weather and miles of dry terrain, is hardly conducive to pig farming, with everything from temperature fluctuation to farm security to consider.

But that hasn’t stopped AHDB’s newest Knowledge Exchange manager – UK-born Mike Shattock – from giving it a go, having set up home in South Africa after moving there at the age of 10.

Even though he has a background in dairy farming and animal nutrition, his passion is pigs.

The sow population in South Africa stands at around 120,000, with the average unit around 1,000 head. At 250, Mr Shattock’s farrow-to-finish unit in Kwa Zulu Natal is relatively small. 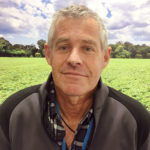 However, with an extensive background in the industry, the aim is to more than double the herd size in the next five years by careful management and adapting to the challenges that pig farming in South Africa presents.

The farm is split into separate accommodation for breeding, weaning and farrowing, and also grows soya beans and maize.

After losing a large proportion of the herd to porcine circovirus eight years ago – which caused around 30-40% mortality – the farm began breeding its own gilts, after a complete repopulation.

His son, David, now runs the farm and vaccinates against it and hasn’t brought any livestock onto the farm since, keeping the unit completely closed and eliminating disease risk.

Pigs are artificially inseminated with semen using AI stalls. Changes to welfare regulations mean that while the farm can use AI stalls, it can now only be for a maximum of 30 days, as opposed to 42. 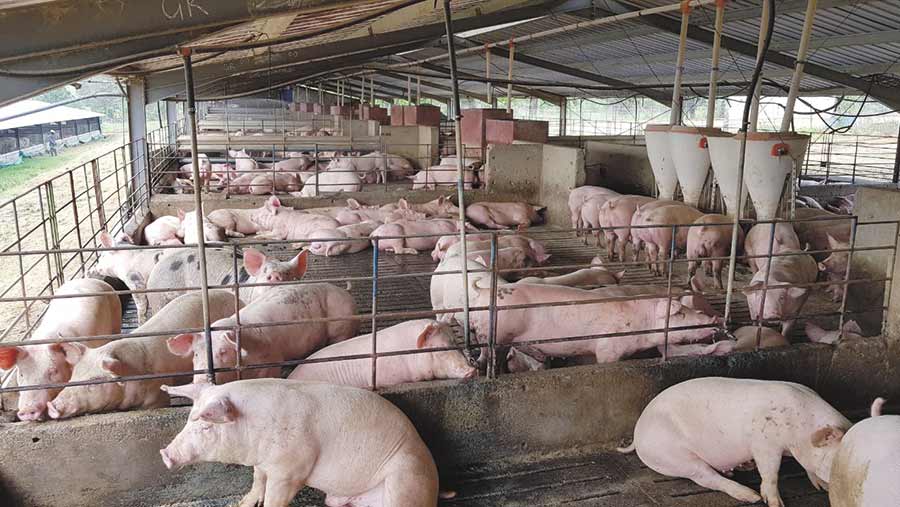 “Mixing sows at this stage affected the number of piglets born alive due to fighting, so now we mix sows immediately after the [previous litter of] piglets is taken off them, so they familiarise themselves with each other to avoid this.”

In the farrowing house, the continuous system means pigs are weaned on a weekly basis. “We multi-suckle piglets at around two to three weeks and remove the bigger piglets to give smaller ones a space on the teat line.”

After weaning, piglets are moved on to the weaner house, weighing around 8kg at 27 days.

The accommodation was formally the old baconer shed and has been converted into a two-stage double-decker weaning house using plastic slats, explains Mr Shattock.

Freshly weaned piglets are put on the top slats for up to seven weeks of age before being moved down to the bottom pens until around 13 weeks of age. From then they go to the bacon house.

Replacement gilts are selected at around 12 weeks and then grown on separately.

An infrared light is used to heat the top tier of the weaner house for the first week, and heat transfer from the bottom pigs also helps to keep the pigs on top warm – making for a cheap and simple system, says Mr Shattock.

The Shattock’s also use heaters and fans in the house and manually control the ventilation rather than automatic monitoring, as power availability can be a problem.

“Power surges are a big problem. Automated technology is very sensitive to these surges so we need to be able to operate things like vents manually. There have also been times when we have had no electric for two or three days – it can be a challenging environment.”

The farm mills and mixes all its own feed with varying rations for lactating sows, dry sows and gilts, while weaners are fed via a milk line running through the house that uses rejected milk from a local dairy farm.

The baconer houses are 84m long and operate a push-pull system. This means that when pigs are brought in at 35-40kg they are placed in the furthest away pen and moved into the next pen every two weeks until they reach finishing weight – at the end of the shed. 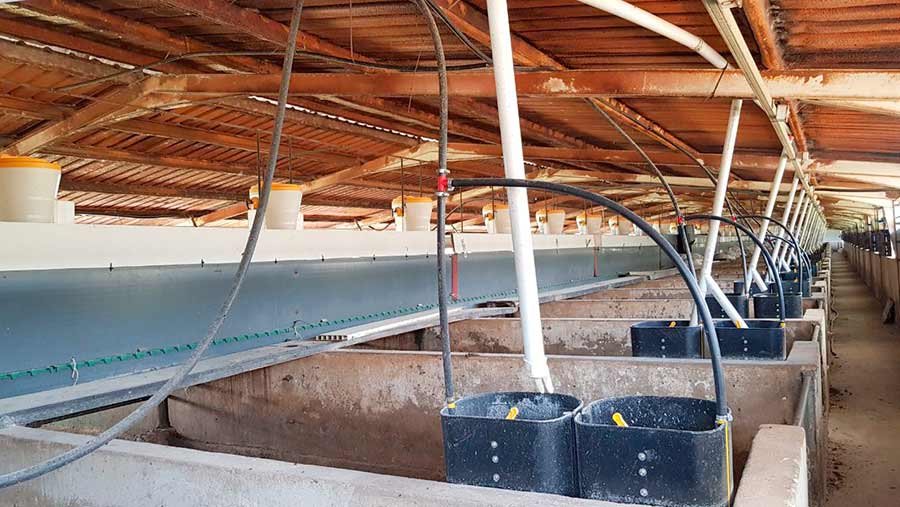 “When we move the pigs up, if there are any in the batch that look smaller we mark them and leave them in the pen to join the incoming batch of pigs,” explains Mr Shattock.

“This means that by the time they leave the baconer house, all animals should be even – it works really well for us.”

Mixing batches could raise issues with fighting, but the large group sizes of 100-130 pigs animals means that this isn’t a problem, he adds.

Due to the nature of producing in such a hot country, temperature control is a big challenge. “In the summer, we experience temperatures of up to 40 degrees and baconers don’t do too well in the heat.

“To tackle this, the slats are 0.5m off the ground to encourage airflow and the breeze coming into the house is cooled with sprinklers.”

Pigs are finished at around 24 weeks – something the farm is looking to improve– with an average kill weight of 82–84kg. “We sell directly to a slaughterhouse 10 miles away, which is owned by a friend, so the price we receive varies largely depending on the price he can get.”

Challenges and aims for the future

In the UK, water is something we are never short of. But in South Africa, water availability is one of the biggest daily challenges.

“To get water to the piggery, we have to pump it from a weir a mile-and-a-half away,” says Mr Shattock.

“When there is a drought, it’s a big problem – once we only had three weeks of water left. When this happens, we see a lot of people having to sell off pigs and come out of farming.” 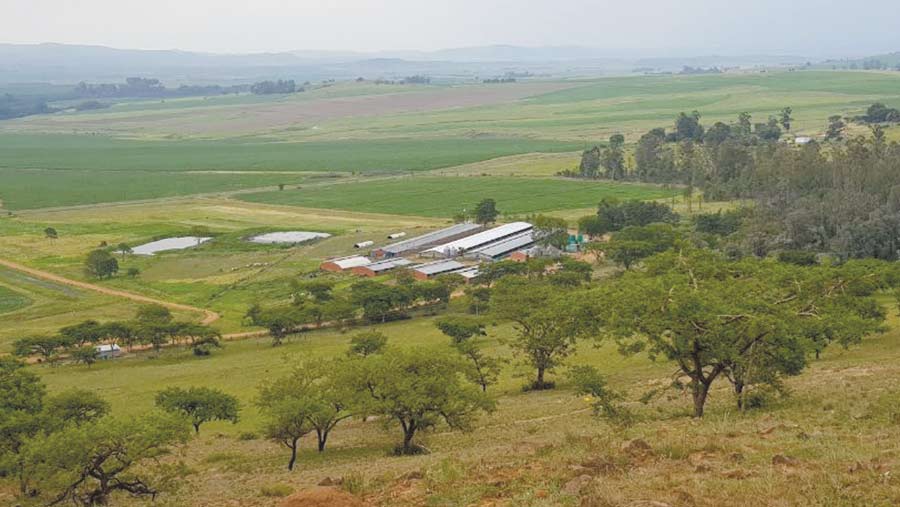 Farm security is another big challenge for the farm, he says. “We have had a few incidences – theft is a big problem.

“We have put in electric fencing around the unit, spotlights on every building and have a four Rottweilers that roam the perimeter at night.”

The threat of bigger producers is also a problem, notes Mr Shattock. “With only 250 sows, we are very small producers compared to the multi-site units around us, and there are lots of bigger units planned to go in in the near future.

Mr Shattock expects the sow population in South Africa to double over the next three years – not because of imports, but because of local consumption.

“Fast food is becoming more and more popular and the meat has to come from somewhere.”