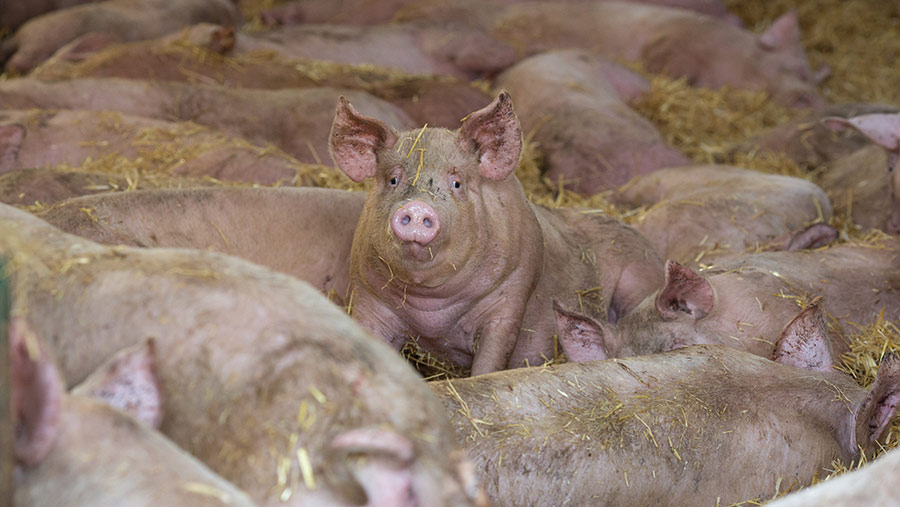 Defra has removed two key barriers that had prevented uptake of a slaughter scheme designed to ease the backlog of pigs on UK farms.

In November last year, with the backlog already mounting, Defra implemented a Slaughter Incentive Payment Scheme (Sips) to encourage processors to carry out additional kill shifts and break the logjam of pigs.

But despite offering payments of £10/pig to cover extra staffing costs, the scheme failed to attract processing of significant numbers.

This was because of two important restrictions included in the scheme. The first was that all pigs slaughtered through Sips must be sold on to the export market, and the second required carcasses to be put into cold storage via a Private Storage Aid (PSA) scheme.

The thinking was that the two requirements would prevent a flood of surplus pigmeat from hitting the domestic market and undermining prices. But with tighter post-Brexit export restrictions and a lower EU pig price, there was no export market to sell into.

Processors also did not want to take up the cold storage option because UK demand for pigmeat was strong. The result was that the scheme fell flat.

However, Defra has now removed both of these restrictions.

The change means that slaughtered pigs can be sold on the domestic market for higher prices than for product going into PSA or for export. The National Pig Association (NPA) has welcomed the decision, which came after discussions at the pig supply chain crisis summit in London earlier this month.

NPA chairman Rob Mutimer said: “This is a much-needed boost to the pig industry. It should encourage processors to put on these extra kills and, in turn, speed up progress in reducing the backlog.

“We are grateful to Defra for listening to our arguments and taking this important step to help struggling pig producers.”

Defra added that it had worked closely with the supply chain and recognised that pig prices could have fallen significantly without continued intervention.

However, while the British Meat Processors Association (BMPA) said the scheme would encourage further use of Sips, it warned that the £10/pig payment fell short of total costs.

BMPA chief executive Nick Allen said: “It’s important to understand that this scheme, which helps toward the cost of slaughtering out of hours, does not cover the whole cost.

“It is also not the only factor in deciding to run the plant for longer hours. Finding a suitable market for the pork in a very competitive marketplace at the moment is a big challenge.”

Mr Allen added: “Employers also need to factor in the welfare of the staff when commissioning extra hours.”

An estimated 200,000 finished pigs are stuck on farms across the UK awaiting slaughter. Pigs are stranded due to a shortage of workers at processing plants caused by Brexit immigration rules and the impact of Covid restrictions.

The backlog has seen costs for producers soar as they house, feed and care for hundreds of extra pigs. Swingeing discounts on prices of up to 50% have also been levied by processors as stranded pigs grew beyond supermarket target specs.