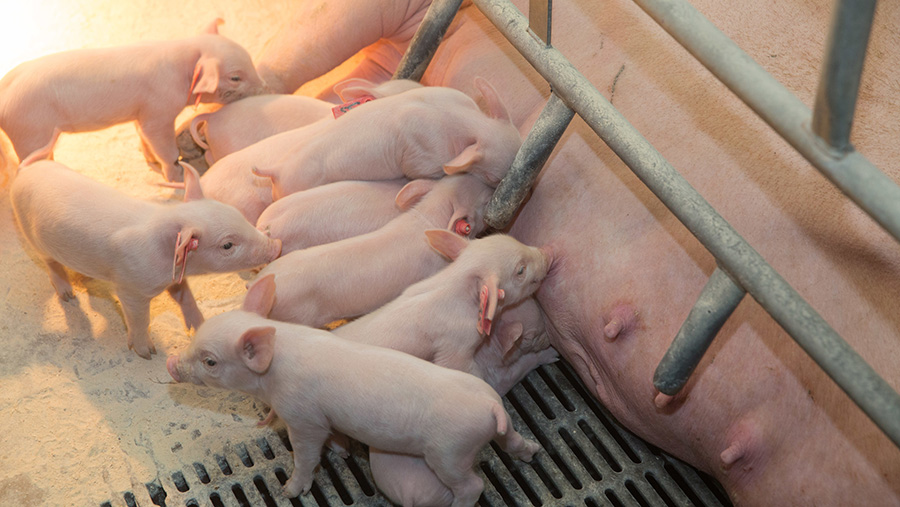 Microbiologists are advising pig producers to monitor toltrazuril efficacy and step up hygiene after a study identified the first isolate to show resistance to the drug.

An isolate of coccidiosis-causing cystoisospora suis showed that parasite eggs (oocysts) were still being shed by piglets despite treatment.

Academics at the University of Veterinary Medicine, Vienna, have advised farmers to monitor resistance by checking screening-treated piglets for oocysts in faecal matter.

The isolate was taken from a Dutch pig that reported an increased rate of diarrhea in newborn pigs despite having administered toltrazuril.

In a University trial, live piglets infected with the resistant isolate had developed diarrhea by the fourth day of infection despite a dose of 20mg/kg bodyweight of medication and double doses in some groups.

Head researcher Anja Joachim said: “These routine checks can be performed easily. When oocysts are discovered in the faeces despite the administration of toltrazuril, additional measures should be taken immediately.”

No suspected cases of coccidial resistance have been reported in the UK, the Animal and Plant Health Agency (APHA) told Farmers Weekly.

It said cystoisospora suis was a relatively common cause of coccidiosis on UK piggeries, typically from 7-10 days of age up to 21 days.

“There is no routine surveillance for resistance in the UK because there are no simple tests for resistance,” an APHA spokesperson said.

“The most likely way that the presence of resistance would be first suspected would be where treatment failure occurred, as on the Dutch farm described.”

“This should prompt the pig farmer to seek veterinary advice. There are multiple causes for apparent treatment failure: for example, underdosing, treating at wrong time, disease being caused by something other than coccidiosis such as rotavirus or concurrent disease.”