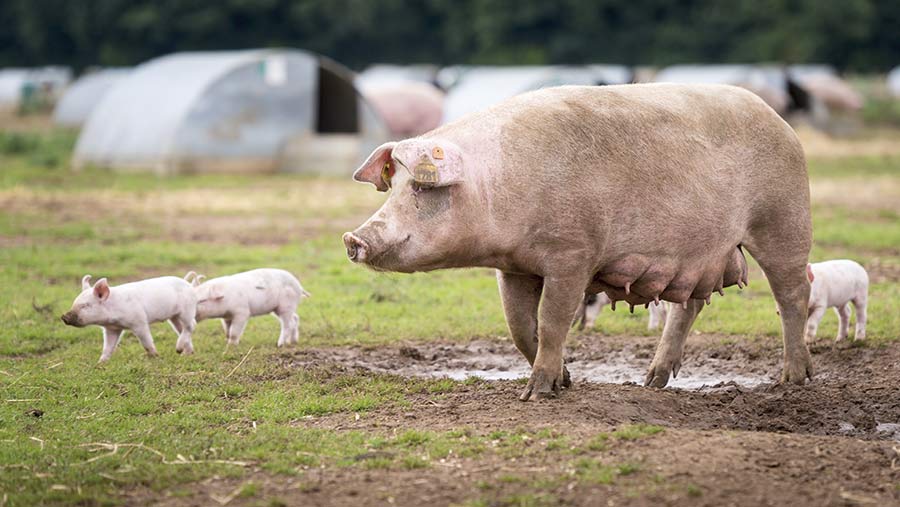 Pig sector frustration is mounting around current bovine tuberculosis (TB) control measures which have been labelled as disproportionate and equivalent to “treating pigs like curly-tailed cows”.

National Pig Association (NPA) chief executive Zoe Davies, along with other senior pig veterinarians, are calling for a review of the current “risk averse” policy.

The NPA has questioned the practicality of the three options pig farmers currently face when under a TB lockdown.

According to the NPA, these options are:

2. Skin testing of entire adult herd: Difficult and potentially dangerous for farm staff, vets and the pigs themselves. Possible for smaller producers. Skin test is unvalidated in pigs.

Dr Davies told Farmers Weekly: “Defra has decided that slaughter surveillance isn’t sensitive enough, so farms are now in a position where, unless they decide to cull out, or try the skin test route, which for a 1,000 sow herd is completely unrealistic and unsafe, they are stuck under restrictions for a minimum of two years.”

The NPA is lobbying for:

Wiltshire-based pig vet and George Vet Group director Richard Pearson said that most pig farms that come under TB restrictions do so through tuberculous lesions being identified during abattoir surveillance.

“It’s easy to criticise Defra and the APHA (Animal and Plant Health Agency) for their policies, but they are in a difficult position,” Mr Pearson said.

“Their approach, however, does appear somewhat disproportionate in terms of risk when considering the epidemiology of bovine TB in pigs, which are generally considered dead-end hosts.”

A Defra spokesperson said: “While it is rare, pigs are susceptible to M.bovis infection and it would be wrong to ignore this. Restrictions pending evidence that the disease has been eliminated from a pig herd are sensible and proportionate.”

When asked whether Defra was considering a risk-based approach (farm restrictions or surveillance based on TB-risk zones), the spokesperson said that restrictions are only imposed on suspicion of disease and evidence of infection cannot be ignored.

9 ways to reduce the risk of TB in your pigs