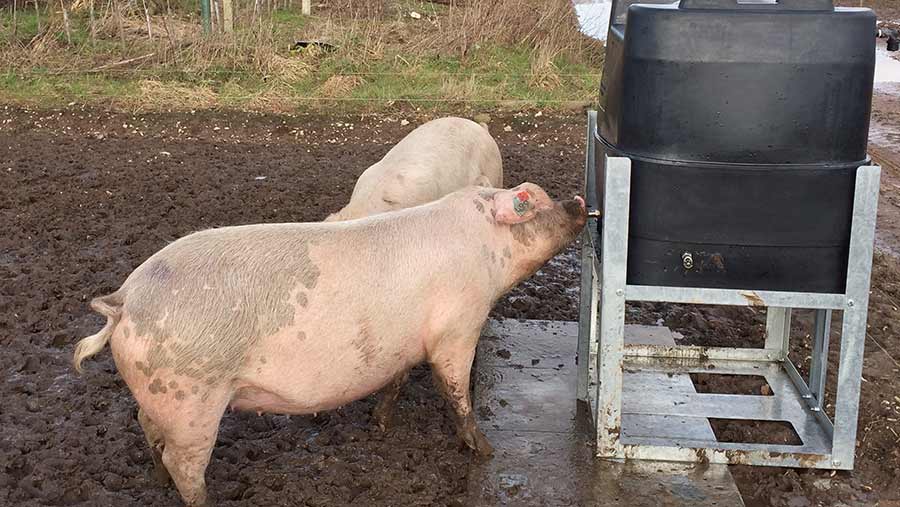 The team at LSB Pigs, based at East Rudham, Fakenham, has found the improved performance to be worth roughly 0.5kg to weaner weight, while water use has been cut by 50% compared with the wallow troughs the farm used previously.

Further benefits are time saved in emptying troughs, which was a regular job as they quickly became contaminated by birds or full of earth and stones.

Despite the pigs drinking more from the tanks, they use less water overall because of reduced wastage.

“We ran a year-long piglet weight trial in conjunction with the AHDB and that showed an improved piglet weaning weight when the lactating sows drank from tanks,” explains Rob McGregor, manager at LSB Pigs. 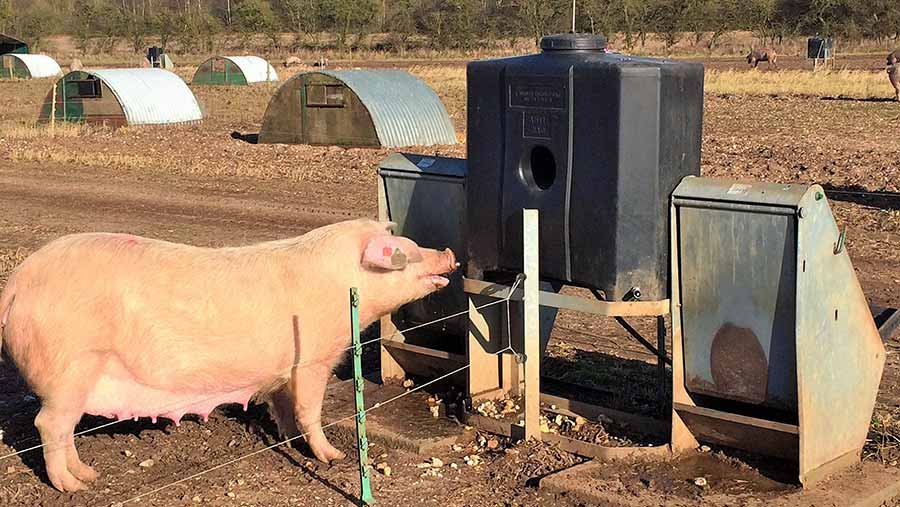 “Consumption was also recorded and the tank-supplied sows in farrowing drank on average 30% more water but in hot weather they were drinking even more, up to double the trough-supplied mothers.”

Eight benefits of the tank system

The tanks are moulded plastic mounted on a steel frame on a base to increase stability.

An antibacterial silver-based additive is mixed with the plastic granules when the tank is moulded. 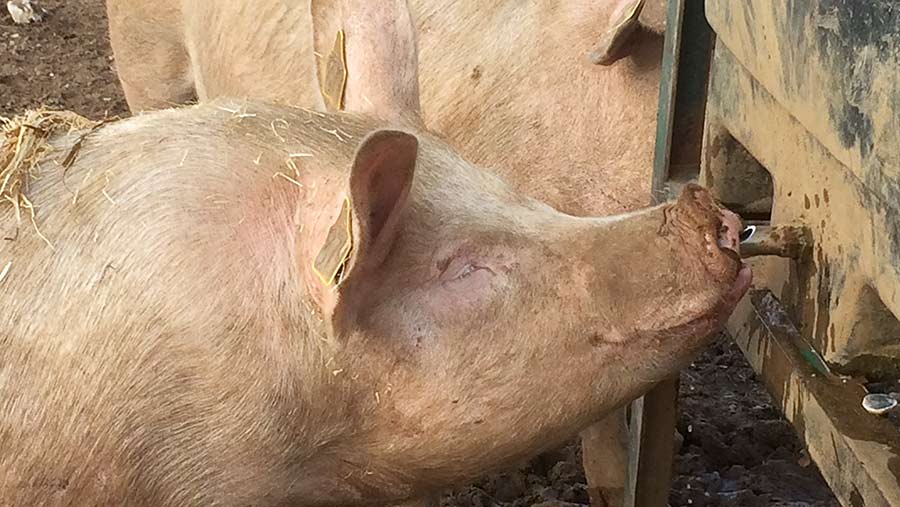 Farrow feeders, which have largely replaced on-floor feeding in the outdoor pig industry, can be mounted to the tanks to offer two feeders and a tank for farrowing sows.

One downside to using tanks is that there is no exposed water, so Mr McGregor stresses that it’s vital to establish wallows in the warmer spring and summer periods.

Drinking nipples run parallel to the floor at the bottom of the tank. Trial work has found that pigs drink in three ways:

Mr McGregor says that, after a long period of trial and error, the team eventually found a design that worked.

Gilt performance and wellbeing improved, but the tanks were still not ideal, so they opted to experiment with plastic IBC (intermediate bulk container) tanks.

Clear tanks were tried at first but they were transparent and thin, leading to warm water in summer and frost problems in winter, Mr McGregor explains.

They also allowed sunlight to penetrate, encouraging algae and bacteria. 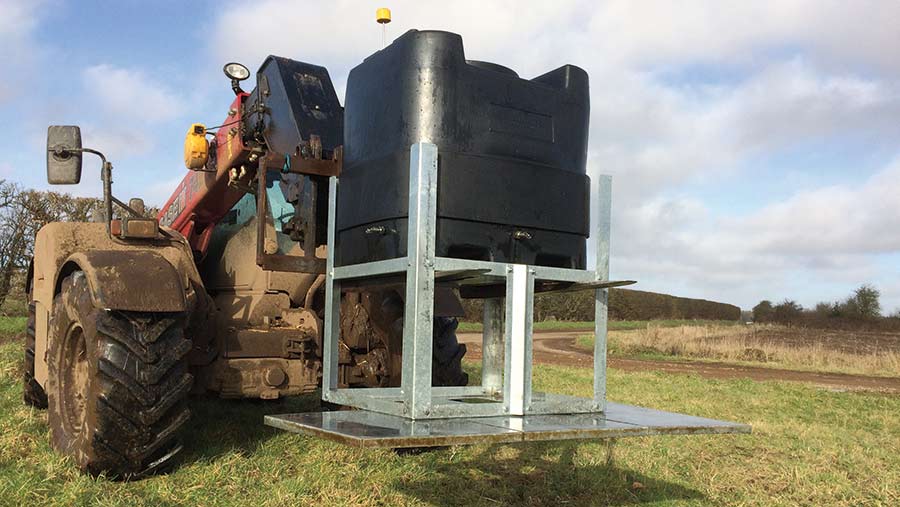 “The process took a while because each design iteration needed 12 months to see whether it got caught out in summer or winter,” he says.

A breakthrough came when British Quality Pigs (BQP) developed long trough feeders and eventually made them compulsory. A feeding station was built using two feeders, each with its own base plate and linked with a centrally mounted tank.

By this time the LSB team had settled on bespoke black tanks which were moulded by Contented Products. The tanks became commercially available in 2014 and sales have grown annually since.

Water tanks are supplied using the same alkathene plastic piping as the troughs were. All water is from borehole water supplies.

Dry sow and service paddocks (one tank per 30 sows max)

LSB Pigs runs a total of 1,550 sows on rented land, rearing a current average of 26.5 pigs a sow a year in nomadic units that move every two years, fitting into the landlord’s arable rotation of barley and sugar beet.

Pigs move into barley stubbles or sometimes a grass crop if possible. Sugar beet then follows the pigs.

Replacement gilts are homebred from a breeding herd of 160 Danbred Landrace sows crossed to a PIC Red Duroc Boar by AI. Every three weeks 55 gilt replacements are selected for both farms.

Gilts are served at 240 days and farrow at about 365 days. PIC337 boar semen is used on commercial sows.

Trials at LSB Coxford recorded batches from March 2013 to July 2013, finding that: