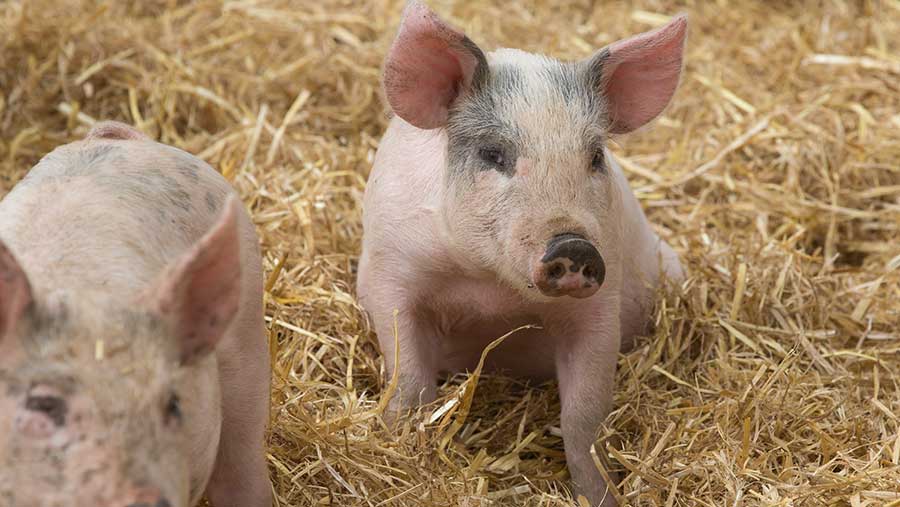 Feeding habits were monitored 24-hours a day across six batches of pigs – 420 in total – using Farmex data loggers, which have been fitted as standard to all new ARM pig buildings since 2009.

Observations of reports and feed and water consumption trends revealed on one farm, up to twice as much feed was being consumed from one feed compared with another identical one.

The only noticeable difference between the two was the one with high intakes was positioned next to drinkers.

“For the batch with the greatest difference, there was 1,998kg dropped into feeder one versus 1,101kg in feeder two over a 60-day period. So in terms of average daily feed intake a pig it would be 0.48kg/day versus 0.26kg/day.

“Over all six batches there was an average 20% difference in intake between feeder one and feeder two (with feeder one usage always greater),” said Tim Miller from ARM.

The feed:water relationship is just one of the provisional findings by Sadie Douglas, Farmex’s data services manager, who has been analysing data from a large number of units using the system.

“This has been replicated over a number of batches and suggests that ease of access to the drinkers near the feeders will influence intake,” said Tim Miller, environmental specialist with ARM Buildings.

Obviously, if pigs are eating more they will grow faster and throughput will be increased, so there is a direct economic benefit, added Mr Miller.

The position of feeders in pig houses is often determined by the delivery auger and sometimes the water-line dictates where the drinkers are fixed.

However, Mr Millers says the research suggests the industry should have a new look at this aspect of pen design.

What are Farmex data loggers?

It also allows farmers to view their production site in real time using a site map and track growth and it also alerts producers to any problems.