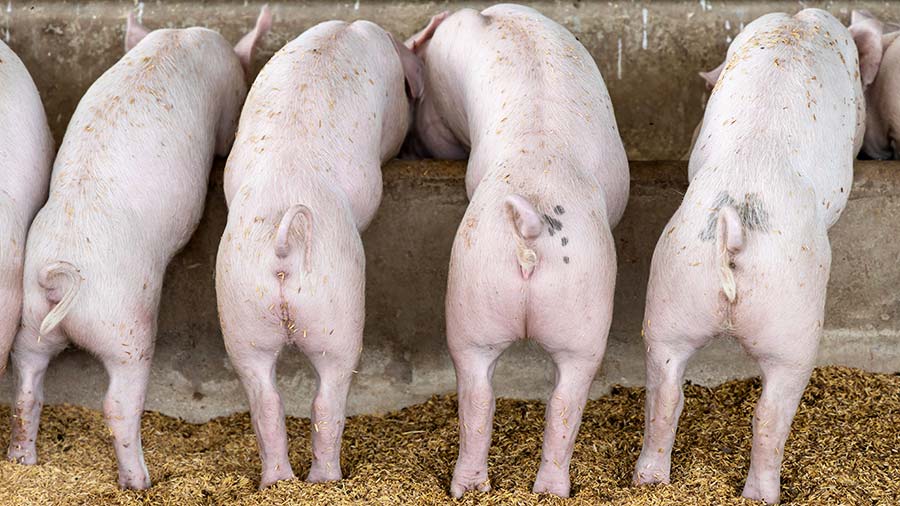 A study has shown that partially replacing soya bean meal with a hydrolysed yeast product can improve body weight and daily intake in piglets.

The control group was fed a soya-based ration and the test group received a ration including 2.5% of a new hydrolysed yeast product, Yela Prosecure, from animal nutrition company Lallemand.

“Hydrolysed yeast is essentially something which has had exogenous [externally grown] enzymes added to it,” explains Hannah Elliot, monogastric technical manager at Lallemand UK.

The benefit of this is that the digestive system can absorb the protein much more quickly, as it does not have to break it down before it is absorbed.

This means less wastage and less risk of the protein travelling through to the hindgut, which is when looseness and other issues tend to be seen, says Ms Elliot.

A second trial looked at the effect of partially replacing fishmeal in a ration with 2% hydrolysed yeast.

This study involved two groups of 208 piglets, with each group divided into 16 pens. Again, an increase in body weight was seen within the test group when compared with the control.

The increase averaged 7% at 21 days post-weaning, with pigs weighing in at 10.34kg, compared with 10.04kg in the control group. Positive effects were most noticeable in the smallest piglets.

As well as the improvement to piglet health and welfare, she says hydrolysed yeast offers the potential to replace some of the more high-emission protein sources often found in pig diets.

“Though the recommended inclusion is a small percentage, hopefully it is large enough for producers to start seeing a difference [in their carbon footprint].”