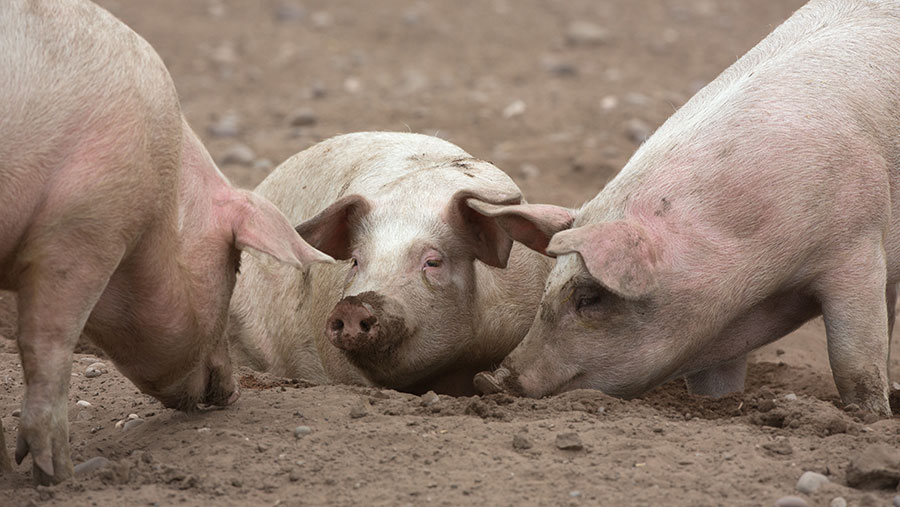 The National Pig Association (NPA) has called a watchdog’s decision to ban a vegan campaigning charity’s advert a “fantastic result” for the industry.

The ad, aired in December 2017, featured a pig called Hope running around in a field with a voiceover stating: “This is her dance of joy for being outdoors for the first time”.

Further footage showed individual or small groups of pigs indoors behind the bars of a pen and a number of pigs in a very crowded pen, with the voiceover stating: “It’s something most pigs will never know as 90% are factory farmed”.

The NPA and several members of the public challenged the advert and reported it to the ASA.

The first issue raised was that the ad featured farming methods that were no longer allowed in the UK, though Viva! said the intensive farming footage shown was all filmed on UK farms.

This complaint was upheld by the ASA, which concluded the ad was misleading and said: “Consumers would interpret the ad to mean that pigs that were intensively or factory farmed in the UK and would be kept in conditions similar to those shown in the indoor footage that appeared in the ad most of the time”.

The second issue was about the “misleading and unsubstantiated” claim that 90% of pigs are factory farmed.

Viva! responded: “If anything, the 90% figure was underestimated”.

However, the NPA said Viva! appeared to be confused about the figures.

“With 40% of breeding sows kept outdoors, and therefore having piglets outdoors, we simply do not see how anyone can suggest more than 90% of pigs have never been outside,” explained Dr Davies.

“Equally importantly, it is wrong to say pigs kept inside for some or all of their lives are ‘factory farmed’. That gives a false impression of UK pig production, which is unique among the major pig-producing countries in its diversity of systems.”

This complaint was also upheld by the ASA, which said Viva! had not substantiated the claim and the ad was likely to mislead.

The third issue stated the ad contained content that was likely to cause distress without justifiable reason, but this complaint was not upheld by the ASA.

The authority concluded that the ad must not appear again in the form complained of, and Viva! must ensure its ads do not mislead about, for example, how animals would be accommodated in intensive farming environments.

Dr Davies added: “We hope this ruling will discourage others from attempting this kind of dishonest campaigning in future”.