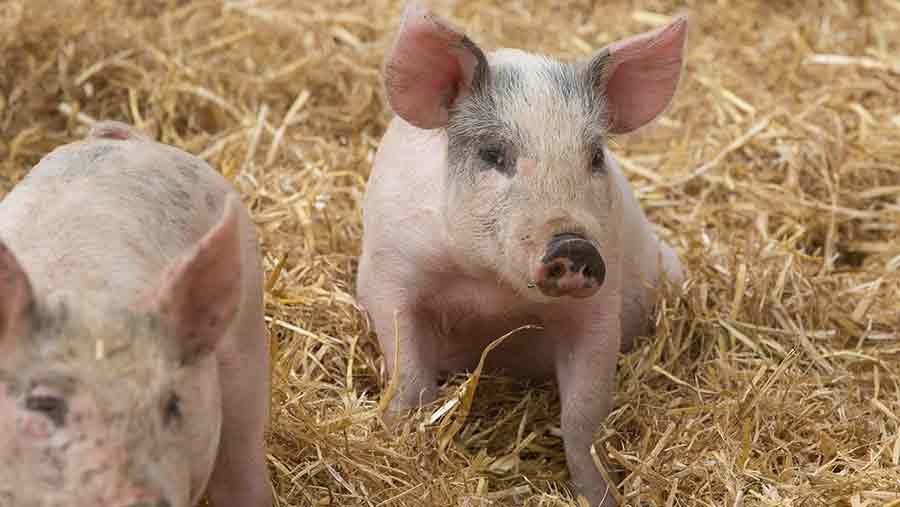 The introduction of a tougher inspection regime for pig producers by the Animal and Plant Health Agency (Apha) has been postponed from January to April 2019 following industry consultation.

The new inspection programme was due to come into force on 1 January 2019, but Apha has postponed this.

The exact nature of the revised inspections is unknown and this is why the National Pig Association (NPA) and producers have been pushing Apha to give more clarity, because farmers cannot prepare if they don’t know the boundaries.

Zoe Davies, NPA chief executive, told Farmers Weekly the delay gives the industry “breathing space”, but there is still a lot to sort out before April.

See also: 4 early signs of tail biting to watch for on pig farms

She said the NPA is grateful for Defra’s support in getting the introduction, which is particularly likely to affect indoor producers, postponed.

“1 January was just ridiculous. We hadn’t even had time to communicate it to farmers, let alone advise farmers what it means.”

“We are pushing Apha for an SOP [standard operating procedure] for measuring environmental gases and we have been offering them expert advice to help devise this,” she said.

What the new inspections will focus on

While the details of the new inspections are still unknown, the industry does know that the regime is likely to place more focus on recording data and evidence.

Monitoring temperature, light and environmental gases are some of the key areas to be looked at. It is also believed that more evidence will be requested to support a need for tail docking.

“One thing we are still waiting for is the protocol for measuring environmental gases,” said Dr Davies.

“There is no agreed SOP for how to monitor. Ammonia monitors vary hugely in price and accuracy and it is really difficult to accurately gauge ammonia levels.”

“We need information on the monitors they are using,” she added.

The levels can vary throughout buildings and pens, so it is important that there are clear guidelines for how inspectors will measure.

Dr Davies explained that it is also unclear what non-conformance would mean for farmers.

Currently, it is believed that a lesser breach would result in an improvement notice with a time frame given for rectifying the issue. However, a significant breach would mean a deduction in BPS payments.

But the definitions of these breaches have not been communicated and not all pig producers receive BPS payments, so the exact penalties are unclear.

Farmers Weekly contacted Apha to ask for more information on these boundaries as well as a timeline for when the industry might receive more clarification in order to prepare for 1 April, but at the time of publishing, had not received a response.