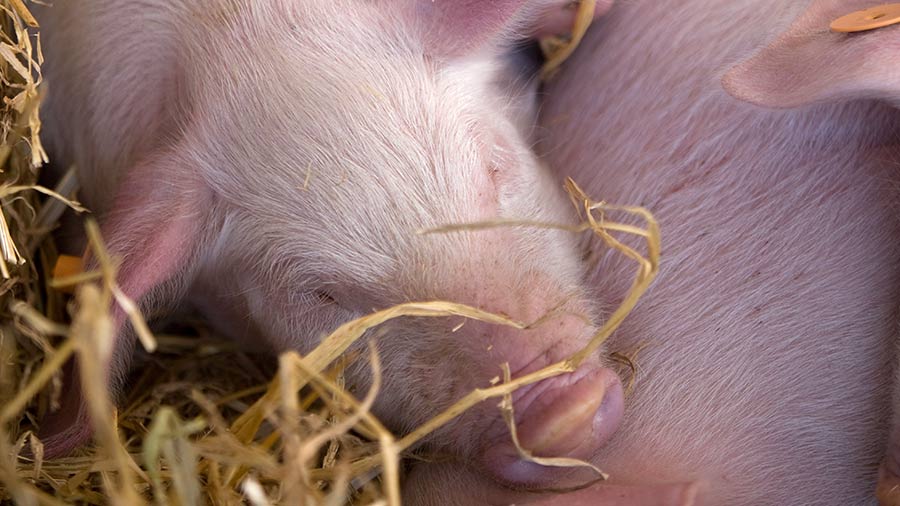 Oregano essential oil contains compounds carvacrol and thymol, which have proved both antimicrobial and anti-oxidant functions in animals.

In total, 62 multiparous sows across two batches were randomly allocated a control diet or Oregano Stim powder at a rate of 500g/t from seven days prior to farrowing until weaning (around 33 days).

Sows were fed manually twice daily to intake. Feed intake and refusal was measured daily by weighing any leftover feed.

All piglets were ear-tagged at birth and any cross fostering was carried out within the treatment group.

At two weeks of age, all piglets were offered creep feed containing 1kg/t of the oregano feed until around one week post weaning when they were fed a standard commercial diet.

In both sow and piglet diets gut health additives were removed for the trial period – including zinc oxide.

All piglets that retained their ear tags were weighed 10 weeks post-farrowing (340 piglets per treatment group) and up to slaughter (30 pigs per group at first thinning).

Body condition of sows was also monitored regularly: when they moved to the farrowing crates, at farrowing and at weaning.

“In order to reduce the reliance upon antimicrobials at weaning, such as zinc oxide, pig farmers need to be able to produce more robust piglets.

The weaning and nursery period is a critical time for developing and enhancing piglet health to ensure long-term optimal performance,” she added.