Claiming the silverware in the pig ring at the Balmoral Show and taking the interbreed champion title for third consecutive year was Trevor Shields with his September-2015-born gilt Glenmarshal Dainty Lady 3647A.

She had been crowned Large White champion earlier in the day and was shown in pig by his son William, 27, having been served three weeks ago. 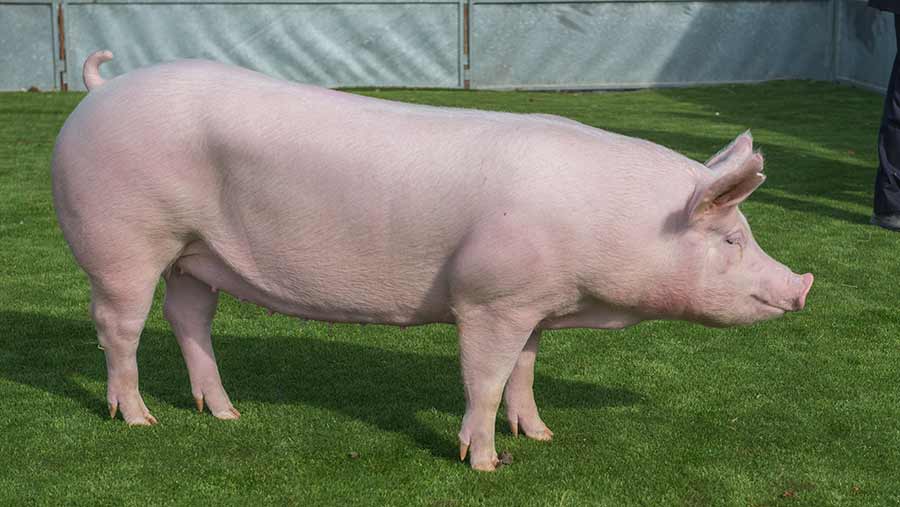 It was the Shields family’s 40th year showing at Balmoral. They run a 700-sow herd of Landraces and Large Whites at their home in Kilkeel, County Down. 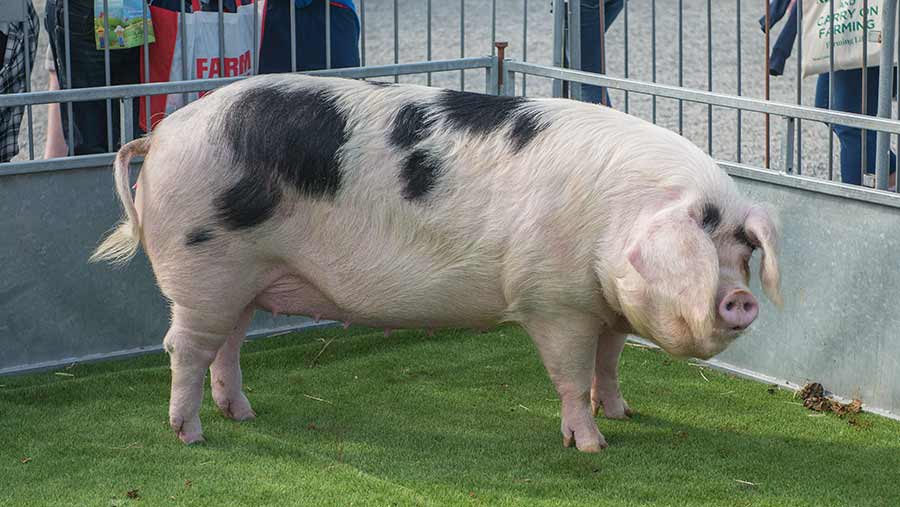 Mr Kelly and Kilcot Princess Freda 3 will head to the Great Yorkshire Show in July.

Judge John Millard, who has 2,500 Large White and Welsh pigs at his home in Caxton, Cambridgeshire, said the champion gilt was a “very good example of a modern Large White”, adding: “She has an exceptionally good underline, good feet, a nice, long leg with a good ham and very good overall conformation.”

On the day he said youth won the beauty pageant, adding: “A young female tends to be that bit more beautiful than an older animal – it’s a bit like girls.”