Weaning piglets at five weeks old instead of four has potential benefits for improving weaning weights, health and growth post-weaning, along with improved feed efficiency and reduced days to slaughter.

AHDB knowledge exchange manager Andrew Palmer says lively online exchanges about the system have been driven largely by the forthcoming ban on medicinal levels of zinc oxide in piglet feed, along with efforts to minimise antibiotic use.

“That extra week with the sow means that piglets are weaned two to three kilograms heavier, with a more mature gut,” Mr Palmer explains.

“They’re better able to withstand the changes and any disease challenges around weaning, and the stronger start means herds can reach target finished weight seven to 10 days earlier.”

We spoke to three producers who have made or are making the switch. 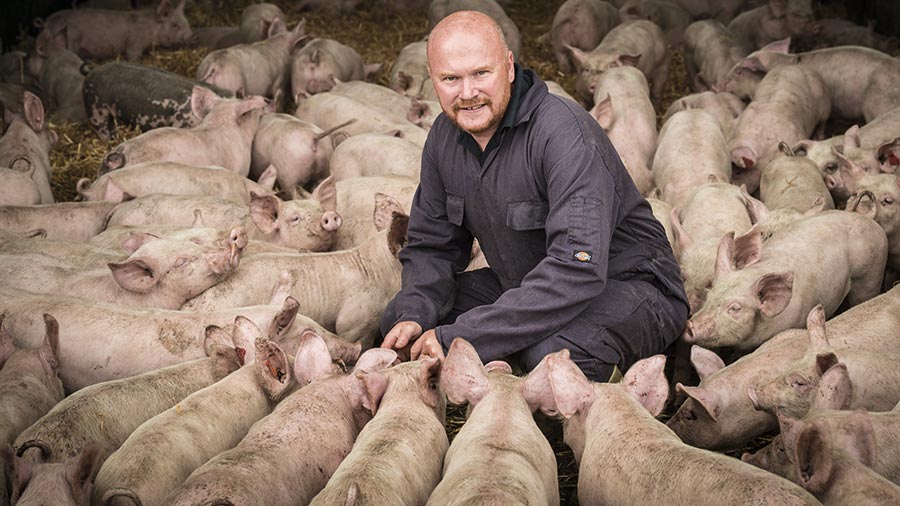 He has seen benefits throughout the production cycle on his 350-sow farrow-to-finish unit.

The majority of piglets wean at 10-11kg, compared with a previous average of 7kg, and are now averaging 5kg more at finishing, with a typical deadweight of 90kg.

“An extra 2kg at weaning results in up to 10kg more at slaughter in the same number of weeks,” Mr Freemantle says.

A corn cob mix and A-One creep feed is offered from four days old to get piglets used to a dry ration and ensure a smoother transition to a completely solid diet at weaning.

Mr Freemantle adds: “A stronger piglet coming off the sow should help maintain health when zinc is no longer available.

“We don’t use any antibiotics and only half the zinc oxide we were using before we started five-week weaning.”

He is also saving on creep because piglets are a week older and can move straight on to link feed. He fed 8kg a head of creep (costing 70p/kg) on the four-week system but now feeds 2kg a head and 6kg of link diet (40p/kg), saving £1.80 a head.

A good quality lactation diet helps make sure sows’ condition is maintained up to weaning.

“The system means a slight increase in the farrowing index but growth benefits from wean to finish help offset this,” Mr Freemantle says. 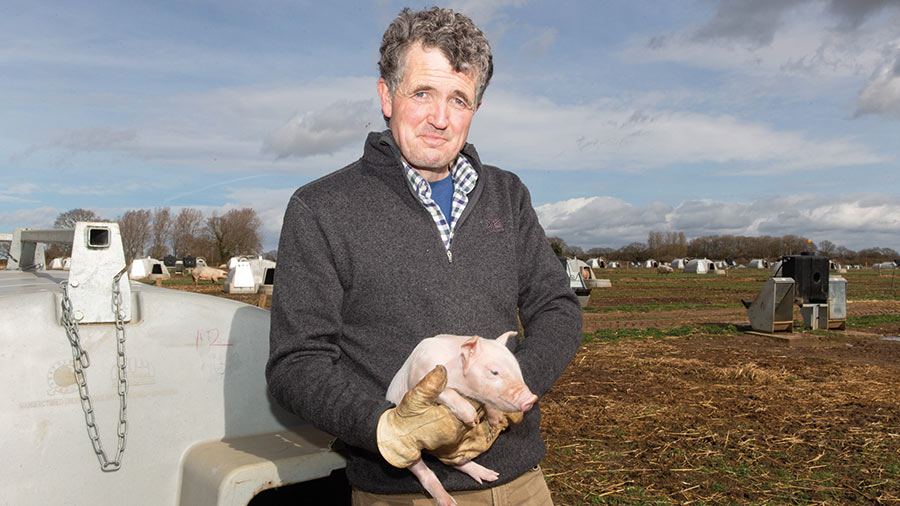 In the past year, he’s developed bespoke sow-proof creep feeders and plans to convert his herd to a five-week weaning system, starting next spring.

The service plan will start to change this autumn, and gilts and sows will be batched into smaller groups.

To cope with the extra staff demand, in the long term he envisages needing to use contractors to help with pen washing and crate fabrication.

Maintaining maximum sow feed levels from week three until weaning will be a priority.

“We currently serve our gilts a week earlier, so they’re already weaning at about five weeks and we know that rebreeding after five weeks is successful. Working gilts hard in the first litter is useful, to help avoid second-litter drop.”

The extra week added to weaning age will mean the number of pigs reared a sow a year will drop slightly from 28 to 26.

However, it reduces finishing space requirements by about 5%, so gains in rearer and finisher performance, through weaning healthier and heavier pigs, can make up for reduced sow output.

The extra equipment and drop in production are being covered by an increase in the piglet price from BQP.

Infrastructure will be increased from three blocks of outdoor farrowing paddocks to four, with 90 extra arks required.

This will ensure consistent biosecurity by allowing more time (two weeks rather than one) for arks to be cleaned and disinfected. 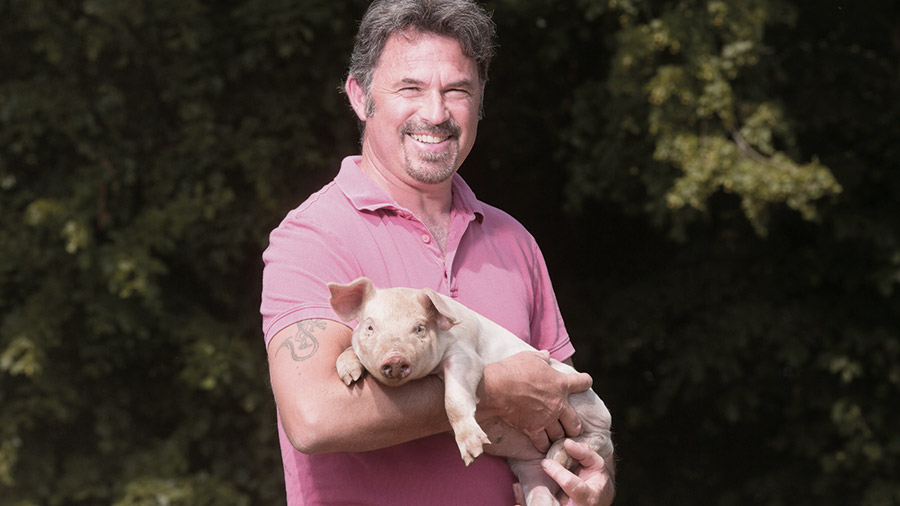 Guy King owns nine outdoor breeding units and has been running the two-week batching/five-week weaning system on one of the units since 2019. By the end of this year four of the nine units will be using the system.

In making the switch he quickly realised how much cross-over of tasks there was, and is now effectively doing in two weeks what used to take three weeks.

“In the two-week batch system every other weekend is a busy farrowing weekend, so we’ve had to find a way to avoid staff fatigue,” explains Mr King.

“An alternate-weekend-off rota would mean the same half of the team always did the farrowing.

“We tried having one person on the quiet weekend and three on the busy weekend but the staff covering the farrowing became exhausted after about six months.”

Now, all staff have a month on farrowing weekends and then a month off, which is working well. But he admits it still wouldn’t be ideal if staff had regular outside commitments at weekends.

Some of the staff preparing to change to five-week weaning have spent two weeks on the unit where the system is already running, to gain experience.

Training sessions using a whiteboard to plot the route of the batches around the unit have also been useful.

In the two-week batch cycle, Mr King found that any sows returning to service were then farrowing out of sync.

Now, any sow that hasn’t farrowed by the Friday of weaning week is moved into the next batch.

“Creep feeding dry food encourages piglets to suckle and keeps the sow milking well,” says Mr King. “It also draws piglets into the hut so they can easily be caught at weaning.

“We’ve added a lower strand of electric fence wire around the paddocks to make sure the larger, stronger piglets stay in their own farrowing group,” he adds.