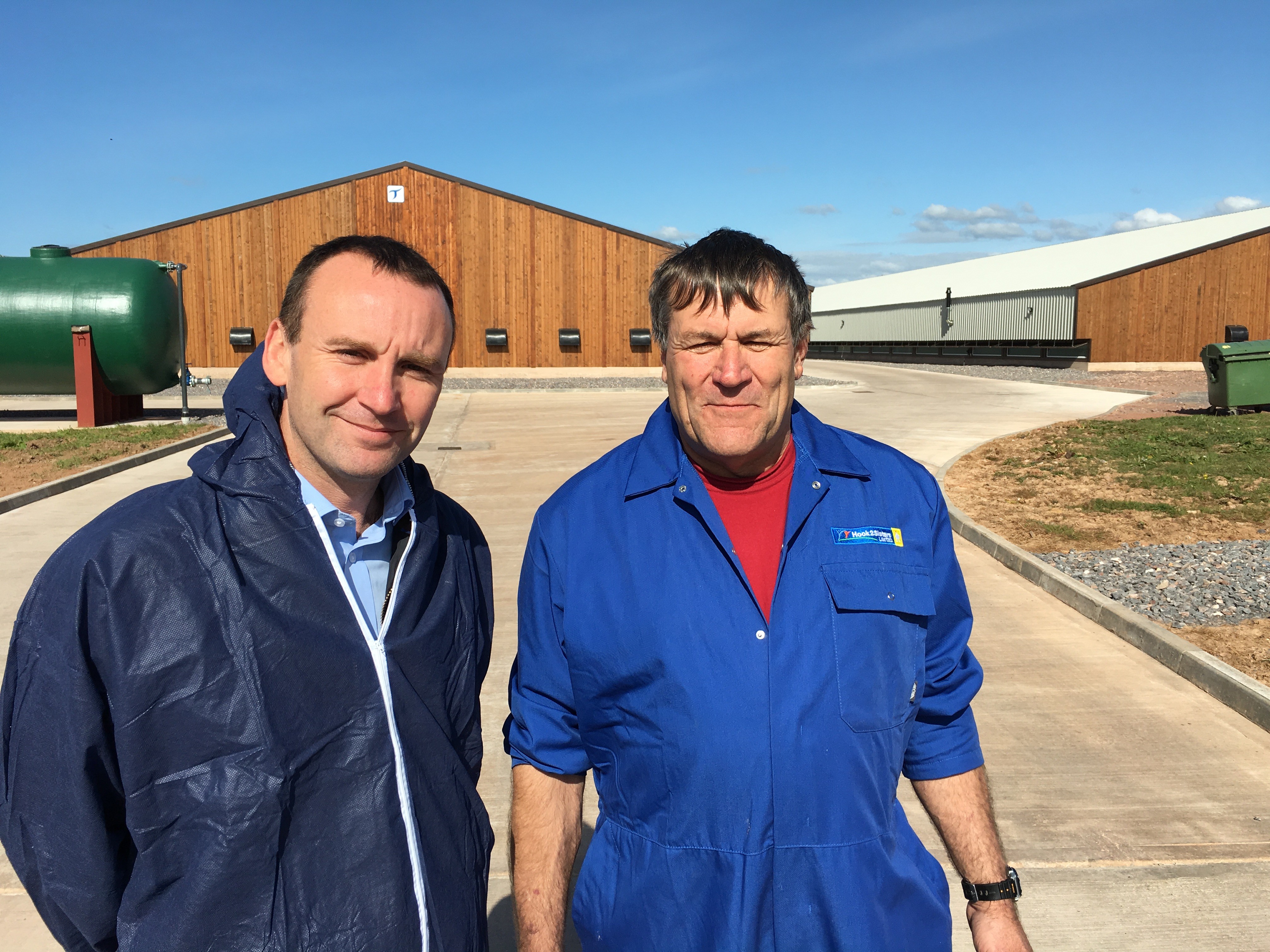 There’s a lot of new kit on 2 Sisters’ company farms in the south west, in PD Hooks’ Kentisbeare hatchery and contract grower sites following an investment of almost £30m.

Since 2 Sisters bought into the area by acquiring butchery business Lloyd Maunder’s processing operation, it has changed beyond recognition. The UK’s biggest food company has grown its turnover from £500m/year to more than £3bn/year, and bought a string of other poultry integrations along the way.

The south west was always about speciality chicken – free-range, organic or Freedom Food, and unlike standard chicken these categories are very sensitive to shoppers’ sentiment.

Standard free-range poultrymeat, however, is showing steady growth and 2 Sisters had identified the need to regionalise its business, to an extent, to protect supply in the event of major avian influenza outbreaks, both helping justify investment.

Most of the diverse breeds that the region requires are hatched from PD Hook’s Kentisbeare hatchery, just off the M5.

Manager Stuart Biss explains working with several breeds, and in particular helping to plan for customer demand, can be a complex task. “A lot of hatcheries deal with one breed – it feels like we use every breed in existence sometimes.”

Free-range broilers are typically Hubbard JA57, bred to grow to 2.2kg after 56 days, while the organic birds are the even slower-growing JA87, normally taken a little heavier. Aviagen and Cobb chicks also serve the conventional farms in the region, which also serves farms independent to 2 Sisters if required.

The hatchery has recently undergone a £2.5m expansion with new kit predominantly being a series of M Tech multi-stage setters. As with any commercial hatchery, it is an efficient business, now producing 800,000 chicks/week, 50% more than 12 months ago. There is also capacity in place to produce a further 160,000/week if required.

One recent investment that Mr Biss has found particularly exciting is a gel-based vaccine application for day-old chicks. When Poultry World visited, it was administering an AviGuard probiotic along with an IB Vaccine, but Broilact is also used across the business.

“The gel really works well, it’s a much better way of administering vaccine,” he says. The stickier solution, when compared with water, adheres to the chicks’ down more effectively and is an attractive bright blue, encouraging preening. Free-range and organic receive additional manual vaccinations before transfer to farms.

The probiotic is one tool in the chest for work to reduce antibiotic use; the company is on an ambitious drive to remove starter meds where possible – work showing promising results.

Moving from track feeders to pans

Another investment, this time totalling more than £25m, has been in refurbishing or completely rebuilding Hook 2 Sisters’ company farms in the region. The Swanhams site is arguably a showcase for the region, being just a few hundred yards from the Willand processing plant.

Chicken has been reared on the site for more than half a century, with Victor and Angela Pratt working on the site since the start. The rebuild has taken bird places from 120,000 over 8 sheds to 350,000 in 6, according to general manager for the region Chris Chater.

Shed entrances were moved to what was the rear of the site to keep noise and any smell facing away from nearby houses, with dead bird hatches a new feature, keeping potential disease out of ante-rooms.

At the other end a viewing gallery has been installed – a first for the region, Mr Chater hopes to host Open Farm Sunday visits there, and that the estimated £70,000 the gallery added to the build cost will pay dividends when it comes to engendering community support.

For Mr Pratt, who has spent his working life on the farm, a major change has been moving from track feeders to pans. Birds are more able to move throughout the shed, and there are more motors, so less to go wrong.

Windows, while present in the older sheds, have been replaced with frosted glass making shades and shadows from movement outside less likely to disturb the birds. Cleaning the predominantly metal interior as opposed to the wooden framework of the previous build, is also a great improvement, according to Mr Pratt.

Gas heaters instead of biomass

It is the first Turkington shed built in the region and Mr Chater is impressed with build quality. He opted for indirect gas heaters, rather than biomass, for 2 reasons – cost of install and a low gas price. “It’s the current cost to put it in, when you think about the level of support in the past.”

Another slightly unexpected choice was the desire to keep systems in the shed very straightforward. Ventilation and heating is controlled by a Climatec/Big Dutchman setup and there is an emphasis on manual control within the shed. “We want farm managers to be in with the birds, not sitting in front of a screen,” Mr Chater explains.

Company farm managers are salaried, with a bonus tied purely to performance, with no financial imperative – meaning they are paid purely to focus on bird health and performance.

That varies slightly with the free range and organic farms, where target weight is more important. Organic producers are subject to a tight ”pyramid”-style system aimed at getting uniform birds, while free-range producers are most commonly paid a management fee with birds remaining company-owned.

For Mr Chater, who has worked for other integrators in the past, the 2 Sisters model where farming, feed, hatcheries and processing are individual – but close – entities is working well in the region. It ensures each division is transparently profitable, where other big poultry businesses may have sought to hide losses in individual areas in the past. He sees continued expansion in the region over the next few years as a cause for confidence for contracted growers in the region.