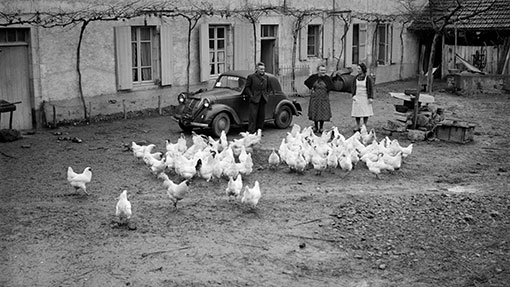 As Poultry World celebrates its 140th anniversary, Philip Clarke and Jake Davies take a look back at some of the magazine’s highlights.

Poultry World started life as The Fancier’s Gazette – a Breeders and Exhibitors Journal, on 11 April 1874.

Edited by Lewis Wright, published weekly and costing tuppence, it was far from limited to matters just poultry. There were regular sections on dogs, pigeons and rabbits, too, with a strong emphasis on showing.

But the early issues also contained lots of practical advice for the “gentleman poultry keeper”, on things like keeping foxes out of chicken coops, buttering eggs for hatching and cures for egg-bound birds.

The Fancier’s Gazette became The Poultry World in 1907, reflecting the growing importance of pure poultry within its pages. Early issues were still targeted at “the fancy”, but readers clearly appreciated the more focused approach and it’s “bright and breezy” articles.

The magazine was also campaigning on behalf of its 30,000-plus readers, being the driving force behind Hospital Egg Week, which then evolved into the National Eggs for the Wounded scheme in 1914.

Throughout the 1920s and 1930s, following a move to Dorset House in Stanford Street near Waterloo Station, Poultry World continued to grow, typically running to 40 pages a week. While still catering for the fancy, the front end was increasingly aimed at commercial producers, with management and nutrition taking up numerous column inches.

Poultry World was edited by notable poultry journalist George May from 1940 to 1963, by which time the cover price had reached sixpence. He passed on the editorship to Frank Burton in 1963, though George continued to provide a weekly “on and off the record” commentary for the rest of the decade.

But for pure longevity, as well as fine editorship, it is John Farrant whose name is probably most synonymous with the title, having joined Poultry World in 1967, and edited the magazine from 1970 to 2003. John won the BOCM PAULS Poultry Man of the Year Award in 1989, and was awarded an MBE for services to the industry in 1998.

Poultry World was not without its rivals – far from it. Poultry Farmer was launched in 1889, offering similar practical content. A 1946 issue found in the Poultry World offices had as its lead story an article on the benefits of feeding raw minced potatoes to layers.

Eventually Poultry Farmer was bought by Poultry World’s owners IPC Magazines. And then, in 1968, the two titles were merged into one.