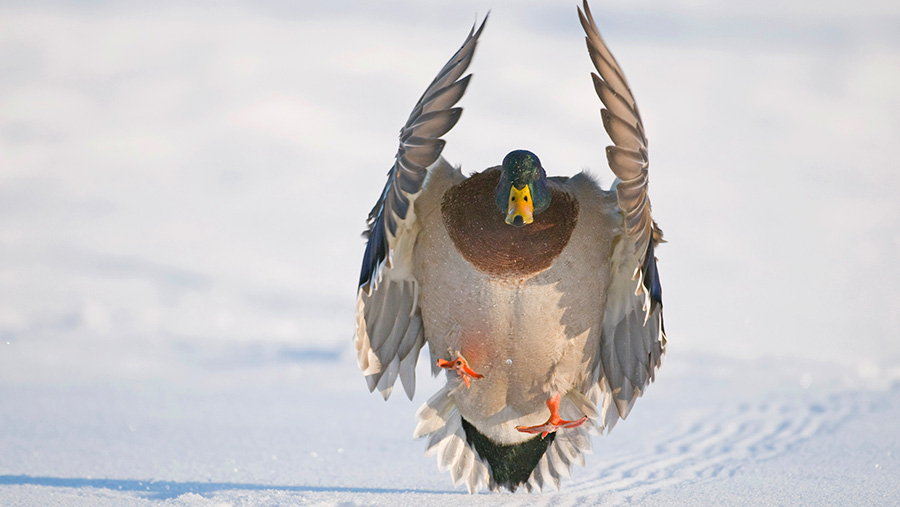 The strain of avian influenza (AI) that devastated America’s poultry industry throughout 2015 has been detected in a wild mallard duck for the first time in 14 months.

A bird was found to be carrying highly pathogenic H5N2 near Fairbanks, Alaska, in late August.

The United States Department of Agriculture (USDA) said biosecurity on poultry farms should be reviewed and stepped up where necessary.

It has produced an online tool that farmers and poultry businesses can use to check and identify areas in which hygiene and disease management could be improved.

The duck, found on a former dairy farm, was one of 188 birds tested as part of USDA’s national screening programme.

It has the most extensive surveillance for avian influenza in the world. In the year to July 2016 the agency and its partners tested some 45,000 samples.

Alaska is an important place for monitoring as Asian and American birds commingle during migration.

State vet Bob Gerlach said there were no large integrations in the area, but backyard flocks were common. “We’re going to continue with our surveillance, and we’re increasing our outreach to people, encouraging them to report sick and dead birds,” he added.

Last year the US experienced the worst outbreak of AI in its history.

Some 211 commercial flocks and 21 backyard flocks were affected, mostly with the H5N2 virus on layer farms in the upper mid-west.

More than 50 million birds on commercial poultry farms were culled to try and contain the outbreak.

It led to severe shortages and the price of eggs rocketing. This year, as farms have been restocked, farmgate prices have been suppressed by oversupply.