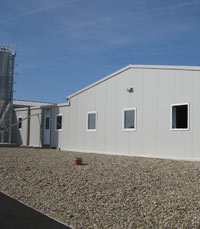 Aviagen’s Hungarian business is planning major expansions to its farming base in Central and Eastern Europe to meet increasing demand for its birds.

Supplying stock to customers in over 22 countries, Aviagen claims its sales have been booming and general manager Nick Spenceley said: “Despite the global crisis around us, the industry in our region has continued to grow.”

In July last year, the company added an extra house on four of the nine existing grandparent farms in Hungary. As well as this, Aviagen has refurbished a third dedicated rearing farm to be ready to take stock by September 2009.

The new farm of 5000sq m will take the total to three dedicated rearing farms for six production farms.