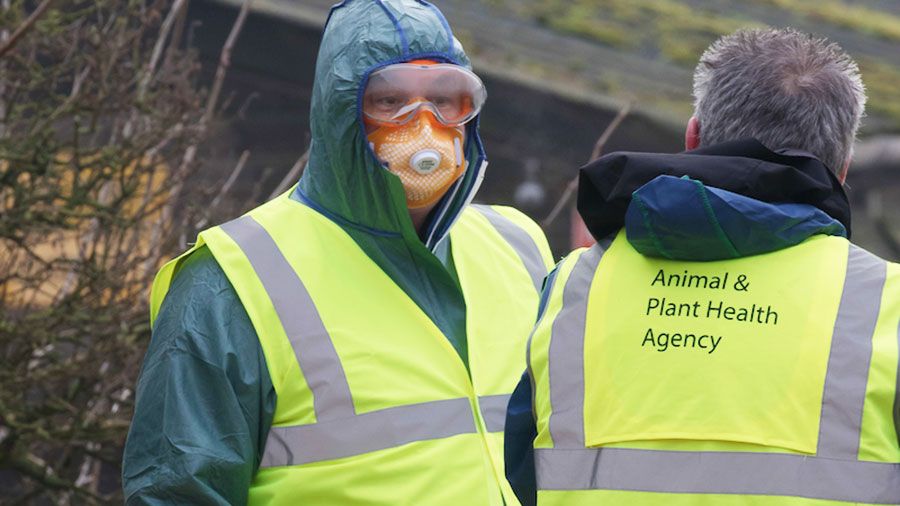 A total of 13,000 chickens are to be culled after an outbreak of avian influenza (bird flu) was confirmed at a Cheshire farm.

The H5N8 strain of the disease was confirmed at a broiler breeder’s premises near Frodsham on Monday (2 November).

It follows the unrelated discovery of the H5N2 low pathogenic strain of the virus at a small commercial poultry farm in Deal, Kent, where 480 birds have been culled.

Authorities said all 13,000 birds at the Frodsham premises, which produces hatching eggs, will be humanely culled to limit the spread of the disease.

A 3km and 10km temporary control zones have been put in place around the infected site to limit the risk of the disease spreading.

Further testing is under way to establish if it is a highly pathogenic strain – and whether it is related to the virus currently circulating in Europe.

Defra chief vet Christine Middlemiss said: “Immediate steps have been taken to limit the risk of the disease spreading and all remaining poultry at the farm will be culled.

“Bird keepers should remain alert for any signs of disease, report suspected disease immediately and ensure they are maintaining good biosecurity on their premises.

“We are urgently looking for any evidence of disease spread associated with this farm to control and eliminate it.”

Dr Gavin Dabrera, from PHE, said: “There have never been any confirmed cases of H5N8 in humans and the risk to public health is considered very low.”

Government officials are investigating the most likely source of this outbreak.

Wild birds migrating from mainland Europe during the winter period can spread the disease to poultry and other captive birds. Similar cases have been confirmed in Germany and the Netherlands in recent days.

What to do if you suspect avian flu on your farm

Bird flu is a notifiable animal disease and if it is suspected, poultry keepers must report it immediately by calling the Defra Rural Services Helpline on 03000 200 301.

Clinical signs that poultry keepers should look for in their birds include a swollen head, discolouration of neck and throat, loss of appetite, respiratory distress, diarrhoea and fewer eggs laid – although clinical signs vary between species of bird.

In Northern Ireland, keepers should contact their Daera direct regional offices or call the helpline on 0300 200 7840 (Mon-Fri 9am to 5pm).

In Wales, call 0300 303 8268. In Scotland, farmers should contact their local field services office. Failure to do so is an offence.

If the public find dead wild waterfowl (swans, geese or ducks) or other dead wild birds, such as gulls or birds of prey, they should report them to the Defra helpline (03459 33 55 77).