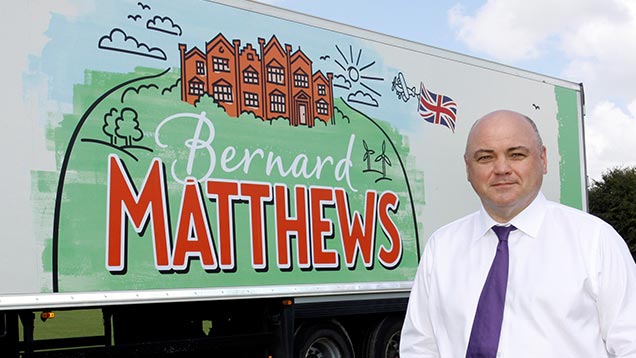 Bernard Matthews has unveiled a multi-million pound package of promotional activity that aims to “return it to its famous roots”.

The turkey integrator will phase in new branding, a six-month sponsorship of TV cartoon The Simpsons and undertake a wide range of PR and social media activity.

It is spending some £3m on its new image, which will be rolled out in stages from September.

The branding features Great Witchingham Hall, the stately home turned processing plant that has been headquarters to the firm since its early days.

Rob Burnett, Bernard Matthews’ chief executive, said the new brand was about highlighting what made the firm “different and great”.

“The branding combines the best from the past, with the landmark Witchingham Hall, and a contemporary and fresh design that feels very British.

“However, it’s not simply about new packaging, this is about an integrated sales, marketing and NPD (new product development) strategy which helps us resonate with modern families.”

A on-pack colour categorisation system has been built into the design, to aid navigation between different products and flavours.

Do you know a great poultry farmer who deserves recognition for the way they have developed their farm business?
Enter or nominate today
See more
Share this
Advertisements