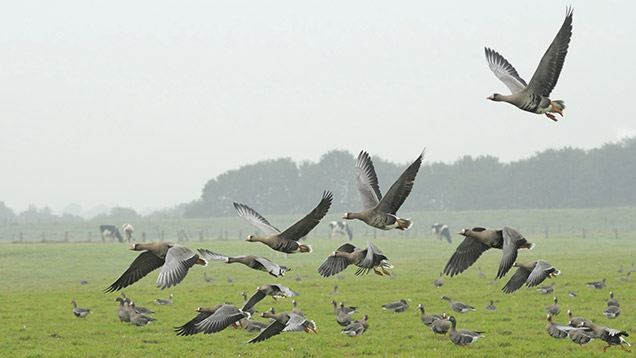 The chief veterinary officer for Northern Ireland has urged poultry producers to step up their biosecurity in the wake of the outbreak of avian influenza in GB and a second case on a farm in the Netherlands.

The latest case in the Netherlands was confirmed yesterday (Thursday 20 November), affecting a flock of 43,000 chickens on a farm about 14 miles away from the first case a week ago on a 150,000-bird layer unit.

The strain has been identified as highly-pathogenic H5, and is likely to be confirmed soon as H5N8, the same strain found in the other Dutch farm and in the UK.

Dutch authorities have reinstated the 72-day national movement ban for all eggs and poultry products.

Spread of the disease is believed to be linked to wild bird movements and Robert Huey, Northern Ireland’s chief vet, insists biosecurity is “at the forefront of our defence, particularly during the higher-risk autumn period”.

“Contact may be direct or indirect through faecal contamination of anything that may come into contact with domestic birds, such as feed, water, utensils or clothing,” he said.

He has issued the following advice flock owners:

“Bird keepers should contact their private veterinary practitioner if they detect signs of disease in their birds.

“Avian Influenza is a notifiable disease and must be reported as soon as possible to the local divisional veterinary office [or Animal and Plant Health Agency in England].”