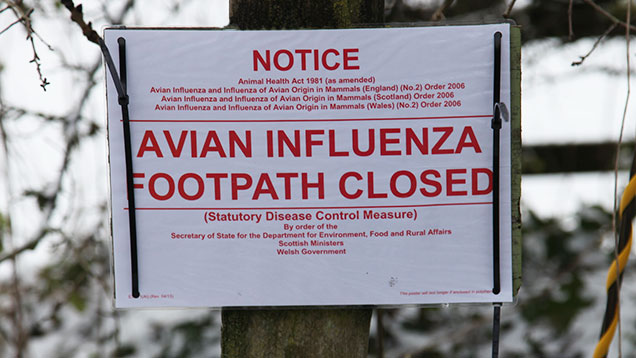 Culling of infected flocks and housing outdoor birds were two of the issues debated at a recent pan-industry meeting to assess the lessons learned from last winter’s avian influenza outbreak in the UK.

About 40 representatives from producer, processor, packer and veterinary groups were involved in the meeting, led by British Poultry Council chairman John Reed.

“There were plenty of firm views and we had good discussions about areas where there is already broad agreement and those which are more difficult,” said Mr Reed.

“There is still more work to do, but I’m confident we will get a consensus to put to government.

“As ever, things are more complex once you get into them, and different sectors have different perspectives.”

On culling, Mr Reed said that everyone agreed removing infected and potentially infected birds was necessary, and should be done as effectively as possible.

“It’s one thing if you’re dealing with a flock of 5,000 birds on a flat-deck system. It’s another thing if you’ve got a million birds in a colony unit.

“Defra’s contingency plan does not deal with these situations, which require a different approach.”

As for housing free-range birds, again there was a common view about the need to minimise contact with wild birds, but a range of views about when to do it, how to do it, for how long to do it and where to do it.

“Should it be national or regional? How long should it be in place? Is the aim to avoid getting the disease or to stop the spread of the disease?”

Industry bodies will then reconvene to thrash out an industry view.

“We recognise that Defra has a reducing budget, so we need to give them guidance on how resources can be used best,” said Mr Reed.

“We’ve set the ball rolling, but time flies and before we know it, we could be into the next high-risk autumn period.”