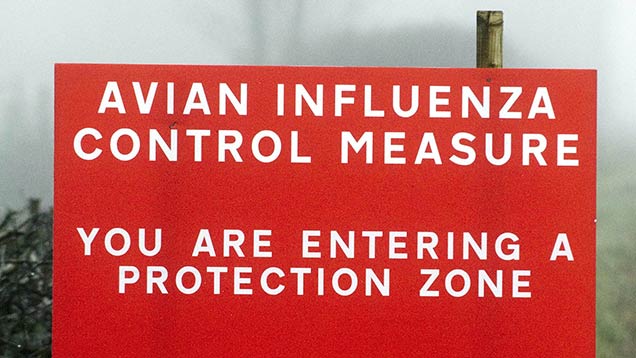 The poultry sector has moved another step towards “normality” following last month’s H5N8 avian influenza outbreak, with Defra announcing that it had lifted the 3km protection zone (PZ) on Friday (12 December).

The PZ was set up on 16 November following the confirmation of an outbreak of highly pathogenic avian influenza on a 6,000-bird duck breeding farm, owned by Cherry Valley, in East Yorkshire.

Among the many restrictions imposed was a requirement to house all birds where possible, and a ban on any movement without first obtaining an appropriate licence.

In a statement issued on 12 December, Defra said the PZ restrictions had been lifted, but insisted the surveillance zone controls remain in force within the wider 10km area.

This still requires a producer to “take such biosecurity measures as he considers necessary to reduce the risk of the spread of avian influenza to or from the premises”, and requires producers to obtain all necessary licences before moving eggs, birds or manure.

“Our robust and thorough approach to tackling this outbreak has ensured we have the right evidence to support this action at the earliest possible point allowed by EU law,” said the Defra statement.

It added that investigations are still ongoing to discover whether the outbreak is linked to cases found in the Netherlands and Germany.

The most common theory is that the H5N8 strain in all three countries has been spread by wild birds.

But animal welfare body Compassion in World Farming has urged people not to jump to conclusions and make wild birds a scapegoat, pointing to the fact that every case so far has been found on indoor farms.

“The risk of simply blaming wild birds is two-fold,” it said. “First, it could divert attention and resources away from other issues, such as the fact that intensive indoor farms are ideal incubators for avian influenza, as the virus can jump between birds that are packed into sheds in such tight proximity.

“Second, there is a danger that some may call for a cull of wild birds, which would have serious consequences not only for those birds, but also for the ecosystems they are part of – not to mention the fact that the significant problem of intensive farms will not have been addressed.”