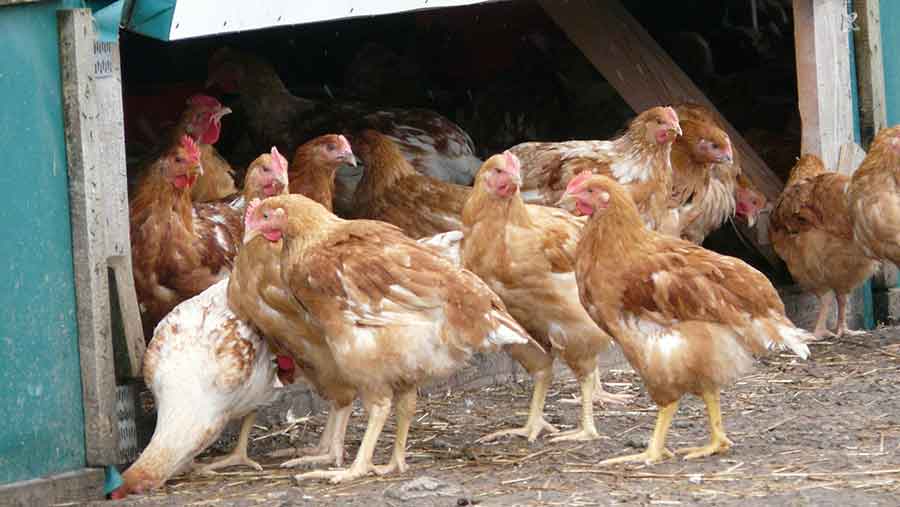 Histimonosis, or blackhead, is affecting an increasing number of chickens and continues to be a significant disease in turkeys, according to the latest Emerging Avian Disease report from the Animal and Plant Health Agency.

While the number of diagnoses of blackhead declined slightly in the most recent quarterly report, APHA says previous reports have highlighted its increase in both the UK and Europe, where it is regarded as a re-emerging disease.

“A recent study has confirmed the efficient transmission of Histomonas meleagridis between turkeys by ingestion via the cloaca, without the need for an intermediate vector,” it says.

“Cyst-like stages of the parasite have also been described, which may play a role in transmission within and between flocks.”

There are no currently licensed products available for the treatment of histomonosis.

The APHA also describes a recent situation where young laying birds were submitted for investigation from a pedigree fancy fowl flock, following loss of condition and respiratory disease signs. Five birds had died out of a group of 15.

Laboratory investigation resulted in the detection of both Mycoplasma synoviae and the QX strain of infectious bronchitis.

“This was an example of detecting significant avian pathogens in fancy and backyard flocks and illustrates the potential for flocks of this type to act as a reservoir of infectious agents which can potentially be transmitted to commercial flocks,” says the AHPA.

“The detection of this agent typifies the need for continued scanning surveillance of backyard poultry and fancy fowl.”

Generally, the report indicates a significant reduction in the number of diagnostic submissions sent to the APHA and the Scotland’s Rural College – down 29% in the most recent quarter, year on year, and down 37% compared with the four-year average.

This is put down to the changing demographics in the poultry sector (fewer, larger farms), an increase in the number of private vets doing their own post-mortem examinations, and the changing “footprint” of the APHA surveillance centres.