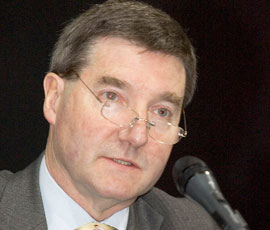 The British Poultry Council has endorsed a call by the French government to pause the global development of biofuel in an attempt to ease feed prices.

Many governments have statutory targets for the production of biofuels from grain, in particular the USA, whose fuel companies this year are required to ensure that 9% of their gasoline pools are made up of ethanol. That equates to 40% of the country’s maize crop.

Feed is the largest single cost in poultry production, accounting for more that 50% of the cost of an oven-ready chicken. Since July, costs have soared 50% for wheat and 30% for soya, while maize has increased 60% over the past three months.

Peter Bradnock, chief executive of the BPC, said that the call for a pause in development was a welcome response. “The wasteful use of food crops for biofuels instead of farming has a direct impact on food prices” he said.

Mr Bradnock feels that low-income families should not have to subsidise biofuel development through higher food prices. He also criticised the CAP reform proposals to “take good agricultural land out of crop production, when what the world needs is more, not less food capacity”.

The French government’s call for a pause in the development of biofuels follows news that French president Francois Hollande is in talks with other heads of state to release strategic stockpiles of agricultural commodities.

Government urged to back UK biofuels