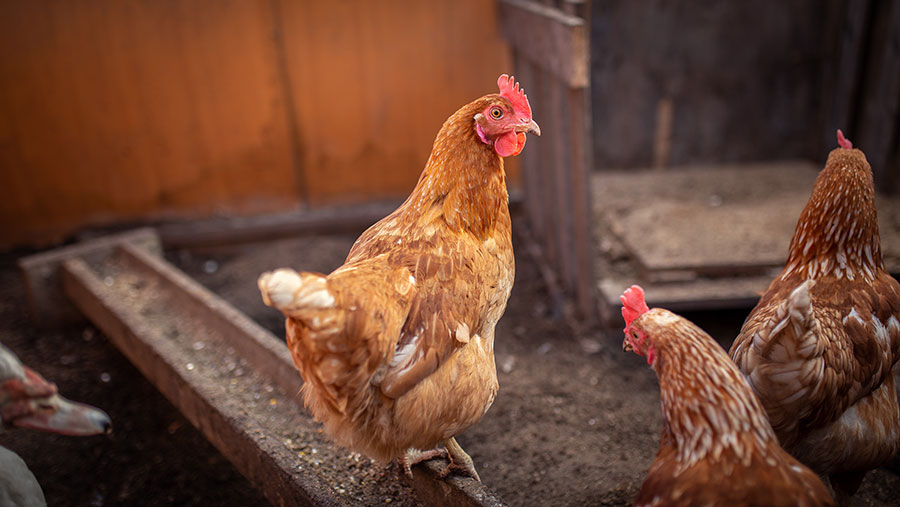 Poultry keepers have less than 72 hours to review their biosecurity and house their birds ahead of a new mandatory housing requirement.

From Monday 29 November, there will be a legal requirement for all poultry and bird keepers across the UK to bring all chickens, turkeys, ducks and geese indoors and follow strict biosecurity measures.

Chief veterinary officers from all four nations announced the national housing measures amid a rising number of confirmed cases of the highly pathogenic H5N1 strain of the virus in both wild and captive birds in recent weeks.

The additional measures follow the introduction of an avian influenza prevention zone (AIPZ) across Great Britain on 3 November and in Northern Ireland on 17 November to prevent contact of wild birds with captive birds and poultry.

There are currently 18 APIZs in force across Great Britain and the number is rising. In these areas, strict movement controls have also been imposed for livestock farmers who don’t have poultry.

General licences for the movement of mammals (including livestock) from or to a premises in a prevention or surveillance zone where poultry and other captive birds are kept have been issued in England and Wales (PDF).

Any livestock moved under these licences must have no access to and be kept separate from poultry and other captive birds for a minimum of 21 days.

Licences are not required if there are no poultry or captive birds on either the holding where the movement starts or ends – unless either site is under individual restriction.

Visit Defra’s interactive map to find out if your holding is in a disease control zone.

Meat produced from poultry or farmed game birds originating within a protection zone can be moved or sold, subject to several conditions.

All poultry and bird keepers – whether they are operating commercial or backyard flocks – are being urged to prepare for the new housing measures, including taking steps to safeguard animal welfare, consulting their vet and putting up additional housing, where necessary.

In addition to housing all poultry and captive birds, keepers must continue taking extra precautions to keep their flocks safe (see “Housing measures and biosecurity requirements”).

Defra and the devolved governments have updated their biosecurity advice to limit the spread of avian flu.

In summary, here are the key areas for poultry producers to focus on to keep their flocks safe:

This includes regularly cleaning and disinfecting equipment, clothing and vehicles when entering or exiting sites and limiting access to non-essential workers or visitors.

NFU chief poultry adviser Aimee Mahony said: “These measures apply to all poultry keepers, whether you have one hen in the garden or a large poultry business.

“Poultry keepers only have a few days to prepare and implement the additional measures that are now required and, given the urgency of the situation, I encourage everyone to take action as quickly as possible.

“Vigilance is key with this disease and it’s vital that keepers report any signs of disease in their birds at the earliest opportunity to help prevent any further outbreaks.”

At least 18 cases of H5N1 avian influenza have been confirmed in poultry flocks across Britain.

A case was confirmed at a premises near Barrow upon Soar, Charnwood, Leicestershire, on Thursday 26 November.

On Thursday evening, Christianne Glossop, chief veterinary officer for Wales, confirmed the presence of avian influenza H5N1 in a small backyard flock of chickens and ducks on the Isle of Anglesey. A 3km and 10km temporary control zone has been imposed around the premises to limit the risk of disease spread.

Wild birds migrating to the UK from mainland Europe are believed to be responsible for spreading avian flu.

Defra has stressed the risk to human health is “very low” and the safety advice for cooking poultry and eggs remains unchanged.

How to report suspected cases of avian flu

Keepers of poultry and captive birds, and members of the public should report dead wild birds to the Defra helpline on 03459 33 55 77.