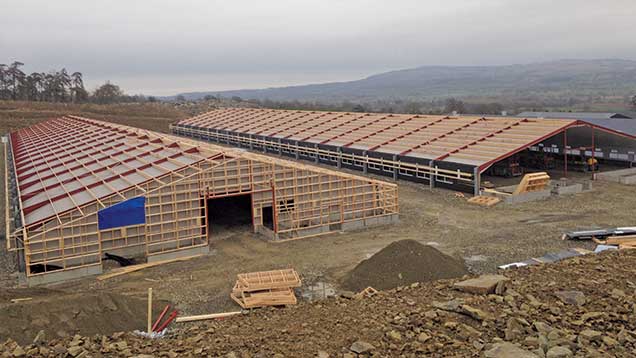 The old adage failing to prepare is preparing to fail is an apt one when it comes to poultry housing.

Not considering the basics before submitting a planning application will either cost money down the line, or worse, raise a body of locals opposed to your expansion, according to Berry’s consultant Stuart Thomas.

There is almost no point in applying if the site chosen is not suitable, says Mr Thomas. There is simply little chance that planning will be approved. On the other hand, if a carefully-chosen location meets all the environmental, traffic and other criteria, it is hard for planning authorities to block its development.

“Planning is all about land use. It is all too easy to get bogged down in technical detail and environmental regulation, but if you don’t have the right site then you are not likely to get planning permission.

“No amount of drainage attenuation or landscaping is likely to save you. I have seen many a scheme come to planning committee only for elected councillors to simply say “the site doesn’t look right.”

“Early engagement with local communities, stakeholders and planning departments is imperative – especially those groups that have a direct effect on the outcome of the planning application,” says Mr Thomas. “It’s about getting on to the ‘front foot’ – understanding potential objections before formally submitting the application and being able to positively address them when you do.”

By taking this inclusive approach, poultry farmers may be able to reassure others that the effect of a new development will not be nearly as bad as they think.

The internet is awash with negative publicity for broiler farming – it needs to be confronted. Some farmers have even taken objectors to tour existing sites, to give people a more accurate impression of the sector, a tactic that can have a big impact.

The right site will have relatively easy access to main roads – the need to overengineer quiet rural lanes to support lorry movements can often cause concern with local residents, says Mr Thomas.

Not only that, but the vicinity of local residents and the effect increased traffic will have on their neighbourhood should be considered.

“In practice, poultry schemes don’t give rise to any substantial traffic movements above and beyond what you might expect from any other agricultural business. However, the perception among locals is often very different,” adds Mr Thomas.

Challenging these perceptions early on is important, as is having a robust traffic assessment that includes an analysis of both existing and proposed movements. It should detail exactly what vehicles will be moving between the farm and when. Expected peak flows should be highlighted.

“Finally, it is imperative that the development does not cause undue harm to the landscape or the amenities of residential properties,” says Mr Thomas.

“While the units themselves are low-profile, the extent of groundworks or associated infrastructure often lead to unnatural landscapes being formed. This gives local pressure groups and national organisations such as the Council for Protection of Rural England easy fodder for objections to be lodged.”

If deemed necessary, a robust landscape and visual impact appraisal should be prepared. Photomontages, which show a before and after view of the site can be helpful – and illustrating the view from public viewpoints that overlook the site are very useful.

“Most councils have invested resources in providing a pre-application service, and it should be used,” says Mr Thomas. While these are not always offered for free, they are valuable and can show you are serious about meeting the authorities’ needs and not just focused on your own.”

The expansion of the broiler sector marches on, with six new poultry houses, costing £3.75m in total, being erected in Shropshire

Two local farmers are establishing the broiler units – one is expanding an existing enterprise while the other is new to poultry production.

The planning consent for the two new sites was secured by planning consultants at Berrys who worked closely with the individual farmers and councils to ensure permission was obtained with minimum hassle.

“Communication is key to a successful planning application and we were keen to engage with the local community and council at all stages,” said Stuart Thomas, Berrys’ head of planning.

The planning permission was achieved for Steven Povall at Corfton Farm, Craven Arms, and Peter Jones at Wistanstow. Work has already started on one of the sites at Corfton and Peter Jones is adding two more units to his poultry site.