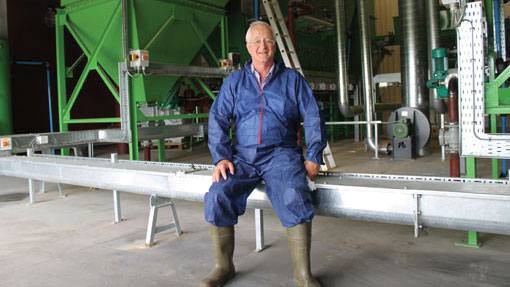 New rules sanctioning the burning of chicken litter on farms to produce renewable energy for heating poultry sheds have been signed off in Brussels.

The amendment to the animal by-products regulations becomes effective from 15 July, and a spokesman for the AHVLA (Animal Health and Veterinary Laboratories Agency) – the body responsible for issuing licences in the UK – confirmed that the domestic legislation was progressing in tandem.

“We are already working with one operation which has applied for approval, with the aim of that approval being granted as soon as the EU legislation comes into force,” he said.

The NFU says that burning litter on farm will make the UK poultry sector more sustainable.

“This represents a massive, positive development for the industry, one which embraces new technology,” said NFU poultry board chairman Duncan Priestner.

Making use of on-farm by-products would benefit both the business and the environment, by reducing the need for traditional energy sources.

“There are also a number of other benefits, including healthier birds, minimised biosecurity risks and opportunities to use nutrient-rich ash on farmland,” Mr Priestner added.

“We are working closely with government to ensure it keeps the regulatory burden to a minimum, costs down and re-enforces its commitment to supporting renewable energy and sustainable food production.”

As reported in Poultry World (March, 2014), litter burning (of woodchip) has been trialled by Norfolk-based poultry farmers Nigel (pictired above with his biomass boiler) and Patrick Joice since 2012.

Their Uphouse Farm business produce 5.8 million birds a year across 16 sheds, and their two 500kW biomass burners have managed to produce up to 93% of the farm’s heat requirements during that time.

Allowing the use of poultry litter to fire biomass boilers was agreed in principle in Brussels last February . The legislation just published by the commission sets out the terms and conditions for this to take place, including the licensing of the equipment, the necessary environmental and health precautions to be taken and arrangements for regular monitoring.