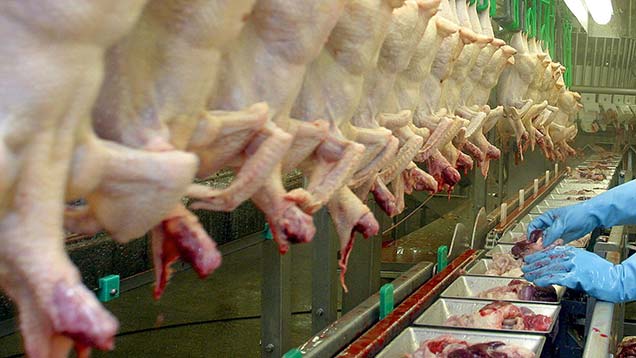 Oxford Economics has just published its second report on the economic impact of the British poultrymeat industry. Philip Clarke considers the findings.

The poultry industry has a reputation for punching above its weight.

The head count may be relatively small – at least at the primary production end of the supply chain – but the overall contribution to the UK economy is considerable and, more importantly, growing.

According to a report by Oxford Economics*, the poultrymeat industry has made a £3.6bn contribution to the country’s gross domestic product in the past 12 months, equivalent to a 9% increase.

“This means that £1 in every £480 of economic output in the UK is in some way dependent on the poultry industry,” it says.

Driving this upward trend is the consumer fondness for poultrymeat, which accounted for 47% of all meat purchases by weight in the UK in 2014.

As British Poultry Council chairman John Reed notes in his foreword to the report, “poultry has not only retained its position as the most popular meat – more than beef, lamb and pork combined – but UK sales have increased in value by 13%, to £6.9bn”.

To some extent, this reflects the good value for money poultrymeat represents, with retail prices climbing just 13% from 2008 (when the recession started) to 2014, compared with 42% for lamb and 35% for beef (see graph). The average household spends £2.30 a week on poultry, with 83% of purchases made through a supermarket.

This growth in consumption has been matched by a growing supply base. While production was actually static last year at 1.38m tonnes of broiler meat, this was still 15% ahead of where production stood in 2000. Put another way, last year the sector produced 14 birds per head of human population, compared with 12.9 birds at the start of the century.

The health of the poultry sector should also be assessed in terms of its trading performance – and there is no doubt that the UK is a major international producer of poultrymeat, accounting for 14% of total EU production. It is only trumped by Poland and France in terms of scale.

But it is also true the sector remains a major net importer – both in volume terms (see graph 2) and even more so in value terms.

Figures for 2013 put the volume of imports at about 400,000t, compared with about 350,000t exported. This meant about 26% of the 1.8m tonnes of poultrymeat consumed in the UK that year came from overseas.

Given most of these imports were of higher value breast meat, while the exports comprised of legs, wings and feet, it is not surprising to see that, in cash terms, the balance of trade deficit is greater. The UK spent some £1.06bn on imported poultrymeat last year, compared with £305m earned from exports.

Encouragingly, however, there has been strong growth in export performance. At £305m, export earnings last year were up 6.6% on the previous year, and were 120% higher than at the start of the century.

“UK exports of poultrymeat, as well as of hatching eggs and day-old chicks are already increasing, but more can be done to open new markets for all poultry products,” says Mr Reed. “Any trade agreements must also reinforce the commitment of the UK industry to a ‘farm to fork’ hygiene approach and ensure a level playing field on production standards.”

Against a background of growing demand and production expansion, it is not surprising to find the poultry sector’s contribution to the overall economy also in the ascendancy.

As with the first report by Oxford Economics, the latest version assesses the direct, indirect and induced impacts.

This measures the actual activity of hatcheries, farms and processing plants. In total, these three generated sales of £6.9bn in 2013 – up from £6.1bn in 2012 – with roughly one-third of this coming from farmers and two-thirds from the processors.

And from this £6.9bn, the poultrymeat industry is estimated to have made a £1.6bn contribution to gross domestic product.

“On average, each job in the poultrymeat industry contributes £41,000 in gross value added to UK GDP,” says the report. “This level of labour productivity is 16% lower than the average for the UK economy as a whole.”

The direct tax contribution to the UK Exchequer is put at £327m.

The indirect impacts assess the effect of the poultry sector making purchases from other parts of the economy. On the farming side, feed purchases dominate, while processors fork out for other food products, business services and packaging materials.

All this activity is said to generate £1.8bn of business, adding £1.4bn to GDP, while keeping 29,400 people in employment and contributing £311m in taxes.

This area covers the so-called “wage consumption impacts” – putting a value on the expenditure of people employed in the poultry sector and ancillary industries on consumer goods and services. Using consumption multipliers, Oxford Economics estimates that these people have combined wages of £1.52bn, adding a further £618m to GDP, creating a further 15,100 jobs, leading to an extra £495m in taxes.

Adding all these things together, the report suggests the poultrymeat sector was directly and indirectly responsible for a £3.6bn contribution to GDP, up from £3.3bn in 2012, or 9%.

“For every £1bn it contributes to GDP itself, the poultrymeat industry generates another £1.25bn in the rest of the UK economy through the supply chain and wage consumption multiplier impacts,” it says.