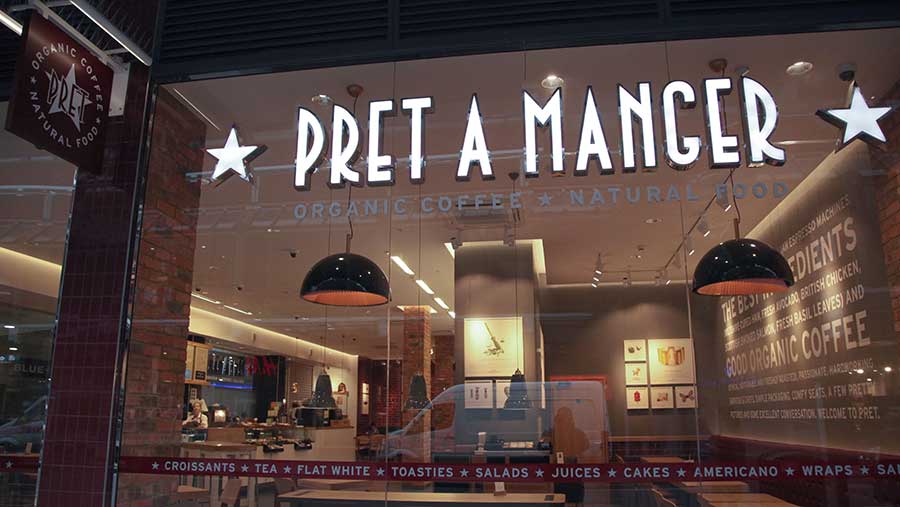 Pret A Manger has become the first cafe chain in the US to commit to improvements for the welfare of chickens raised for its food operations.

The company, which has 70 stores in the US, said it will only use birds raised under the welfare standards of the Global Animal Partnership, an international farmed animal welfare certification programmes.

See also: Brexit will make 2017 one of our toughest years: 2 sisters

It means that Pret A Manger will require their chicken suppliers to introduce slower growing chicken breeds, reduce stocking densities on farms, giving birds more room to move and engage in natural behaviours.

Birds will also receive environmental enrichments in the broiler houses and will have enhanced light levels and better litter quality in barns. Animals will have to be unconscious prior to slaughter.

While Pret A Manger is the first restaurant chain to adopt the GAP standards, and will use third-party auditing, foodservice companies Compass Group and Aramark announced similar higher welfare standards for chickens in their supply chains.

The move was welcomed by US animal welfare charity Mercy for Animals. President Nathan Runkle said: “Pret A Manger’s commitment to improving the welfare of chickens in its supply chain will reduce the suffering of countless chickens.

“Their commitment should inspire other leading restaurant chains to implement identical common-sense welfare improvements… Companies that fail to adopt this meaningful chicken welfare policy will simply be out of step with consumer expectations and business trends.”

There are more than 350 Pret outlets worldwide with shops in the US, UK, China, Hong Kong, France and Dubai but unlike many of its competitors it does not operate a franchise system.