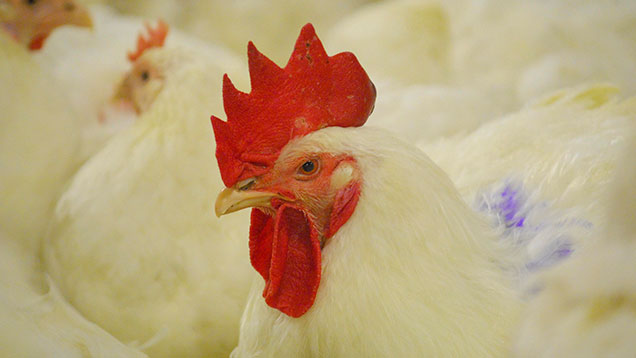 Broiler breeders have made significant improvements in performance over the past 12 months, with more chicks produced per hen housed and better hatchability.

The results of a survey of over five million Ross 308 birds was presented at the recent Aviagen annual breeder flock awards, which took place at Walton Hall in Warwickshire.

Technical service manager Stuart Thomson gave a review of 2014 performance for both Ross 308 and Ross 708 birds.

See also: How to feed broiler breeders for top results

“The Ross 308, for example, has seen a 1% improvement in egg numbers and a continual rise in hatch, which has resulted in an increase of just over three chicks per bird through the year.”

“This was an exceptional increase – especially the 0.8% increase in hatchability,” Mr Thomson told Poultry World. “Normally we’d see a one to one-and-a-half chick increase a year. I’d like to say it was down to genetic improvement, though this sort of increase is more down to management.

“We monitor every quartile, and it was the bottom two quartiles that showed the greatest gains.”

The top performing Ross 308 breeder in the survey achieved just over 150 chicks per hen housed to 60 weeks, with 84.36% hatchability, reflecting great attention to detail. With 17,500 parent birds, this flock was below the 30,000 average size for the group.

The Ross 708’s were also assessed, though with just 2.5% of the market, the sample size was smaller. Average breeder performance came to 132.7 chicks from 82.1% hatchability.

Commenting on the awards, regional technical and commercial manager Alan Thomson said: “This is an event designed for our customers, for the people who work with and manage Ross stock.

“Aviagen customers have continued to exceed goals in the biological performance of Ross birds and we want to celebrate that achievement.”