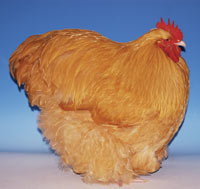 There was a huge amount to celebrate this year, especially the news that Ribble Valley chairman Chris Parker has just been elected president of the


Also the show secretary Christine McNeal was delighted with a record entry which was well into four figures.

Colin Gullen was also celebrating his election onto the Poultry Club council while winning the trio championship with three of his excellent Belgians.

However, championship judge Andrew Wetters gave the supreme championship to an outstanding Buff Orpington cockerel which apparently had never been shown before. It belongs to David Pownall from Glossop who had a truly memorable day as he also took the soft feather bantam championship with an equally impressive Black Orpington.

The reserve championship went to Sam Woods. Sam was a native of Lancashire but went to live in Scotland. His splendid Modern Game had made a long journey from Fife to take this top honour.

The partnership of Louise Hidden and Geoff Tinsen seem incapable of putting a foot wrong. They once again won the Rare Breeds championship with an outstanding Sumartran Game cockerel.

Another exhibitor who never seems to fail at the moment is young James Crowther from West Yorkshire whose Leghorns seem to go from strength to strength. One of his splendid white pullets took the light feather cup then was awarded the trophy for the overall best opposite sex in the show. It will be interesting to see how such a young lad fairs in the national shows at the end of the year. 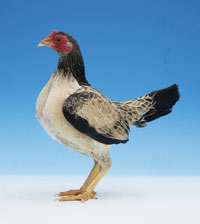 The junior championship went to Jason Bailey, whose grandfather Ernie had a splendid German Langshan up on championship row.

A recently founded poultry club, further up the A59, reflects the ever increasing popularity of poultry in the area as it already has 115 members. The club is centred around Silsden and is called the Craven Poultry Society. Their first egg show has a first prize of 100 guineas (£105).

However, the Ribble Valley Show was overshadowed by the death of Marjorie Hetherington just before the event. For decades, she was a stalwart of the show.

In fact there was a special presentation back in 1994 to celebrate her long service. Since then she continued to give unstinting effort to the local poultry club. In fact the whole town of Clitheroe benefitted from Marjorie’s dedicated kindness and her efforts will be missed.

Visit our online Poultry Winners Gallery to see all the pictures from the event (www.fwi.co.uk/community/photos)