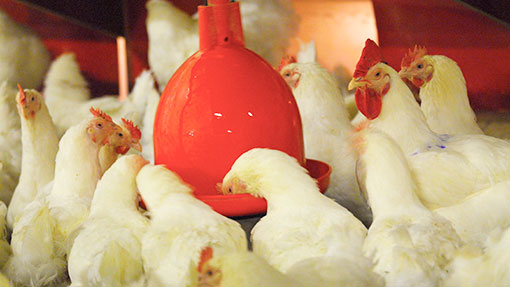 Egg and poultry producers need not fear about the long-term availability of feed, but they should accept that the era of cheap food production is at an end.

Global poultrymeat demand, for example, was expected to almost double between 2012 and 2050, from 103m tonnes to 181m tonnes, while egg consumption would increase 64% to 102m tonnes.

See more For a full report on the 22nd Temperton Fellowship, check out the next issue of Poultry World

Mr Major outlined three particular drivers – the growing world population, increased wealth and urbanisation. These last two were particularly important, as richer people tended to eat more meat, while those living in towns and cities had greater access to refrigeration and a wider range of retailers.

The big question was whether there would be enough feed to meet the extra numbers of poultry – and Mr Major said there were grounds for optimism.

For a start, the poultry sector had a long history of efficiency gains, so he believed there would be continuing improvements in feed conversion ratios, meaning less feed required per bird.

And he anticipated further gains in crop yields and cropping intensity, even though the area of arable land around the globe would only increase slowly.

But the poultry sector would have to compete with other livestock species and, especially, the biofuel sector, to secure its share of the extra grain and oilseeds.

And he warned that, while volatility would continue, the fundamentals of strong demand and firm prices were here to stay. “The era of cheap food is at an end,” he said.