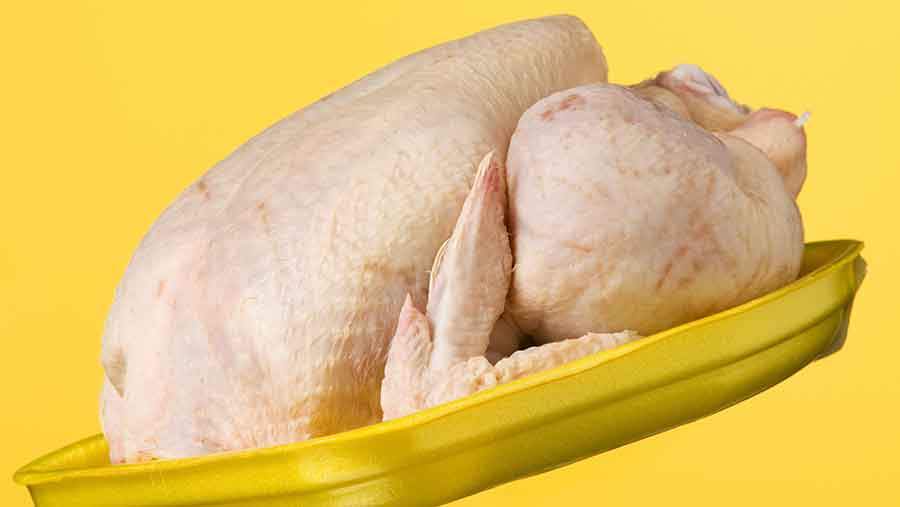 Retailers need to drive down campylobacter contamination levels further and should provide more information about the bacteria bug, according to a new report.

The Food Standards Agency consumer study found that two-thirds of consumers think the industry should continue to reduce campylobacter beyond the target agreed in 2010 of less than 10% chickens at the most highly contaminated level.

Three-quarters of consumers also said retailers should be telling customers what proportion of chickens are at this highest level of contamination.

See also: All major retailers committed to cage-free by 2025

The research was released to coincide with the resumption this month of the FSA’s campylobacter survey.

Testing was suspended in April due to unreliable date caused by the increasing practice of removing neck skin on birds by retailers.

A new retail survey of campylobacter kicks off this month, after the FSA settled on a new methodology for its testing regime.

The agency was satisfied a 10g sample of neck skin would suffice, as opposed to the 25g taken in previous surveys.

It would now take just that 10g, where previously it would “top up” samples with skin from other parts of the bird, a spokesman added.

But it made the FSA’s testing ineffective. For full analysis of this new regime, and what it means for farmers, read next month’s Poultry World.

The current survey will run from this month to July 2017 and will sample 4,000 fresh whole chilled chickens from all major UK retailers and independent shops.

Results will be published quarterly, beginning in January 2017, with comparisons between the retail chains available to consumers.

Steve Wearne, FSA director of policy, said he believed publishing surveillance data on campylobacter had prompted rapid action from retailers and processors and that progress was being made.

Mr Wearne also said the Acting on Campylobacter Together campaign, designed to bring to the whole food chain together, had raised awareness among the public, adding that consumer power would ultimately push industry action.

“Many retailers and processors should be commended for the action they have taken so far.

The majority signed up to the pledge to ensure that campylobacter in chicken ceases to be a significant public health issue, and continued action will be needed to deliver this.”

The FSA’s research shows that many people are still not aware of campylobacter but that more than half of people said they would start buying chicken from another retailer if their usual shop was found to sell more than the industry average “high-risk” chicken.