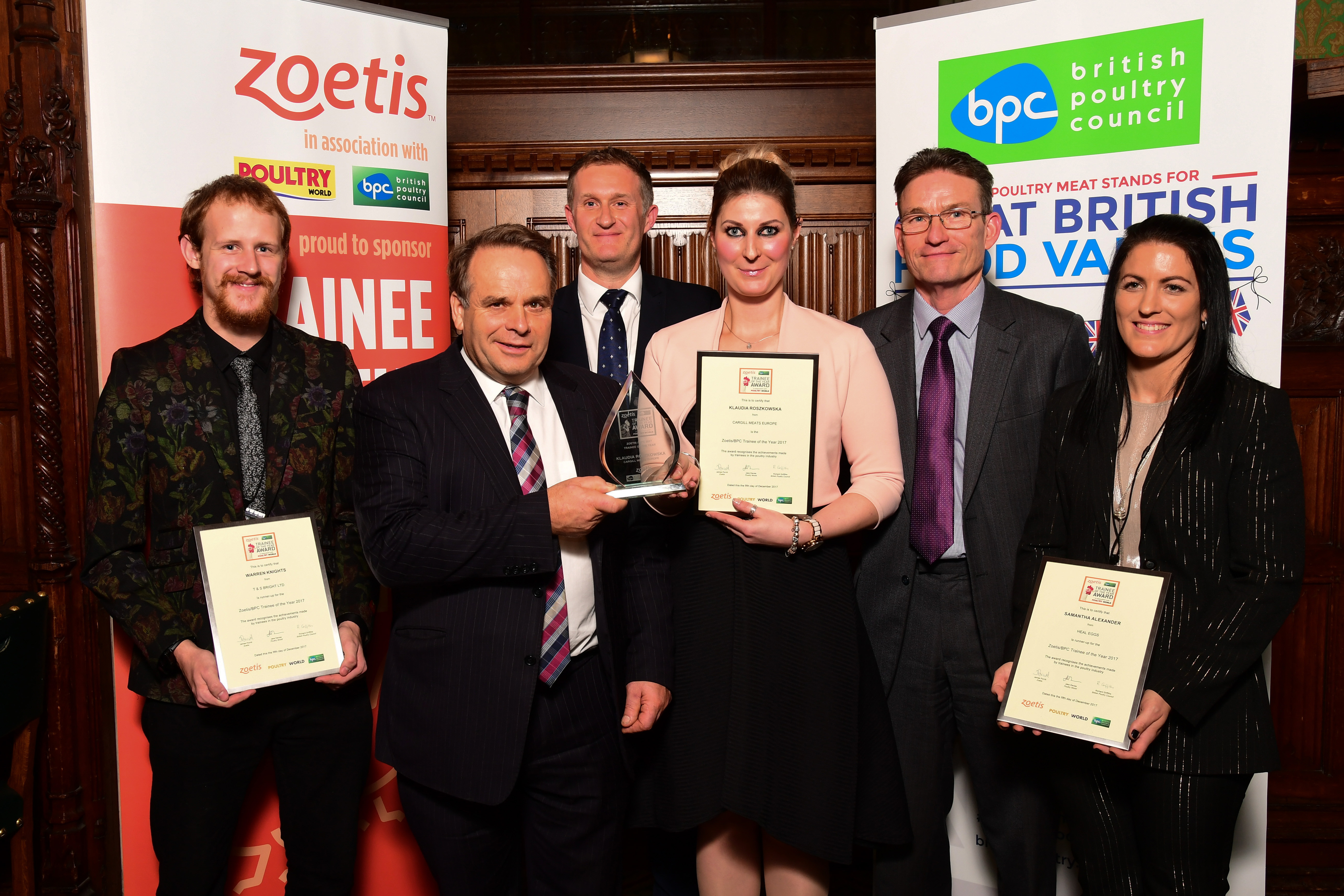 The British Poultry Council used its annual awards to launch a manifesto for the sector outlining its priorities.

The awards were attended by Defra secretary of state Michael Gove, who described chicken as “an icon of the very best in British food”.

“We cannot compromise on those welfare standards as we pursue new trade deals it’s vitally important we get those trade deals because we want to ensure that British poultry can find its way to many more foreign kitchen tables as well as home tables.

“But we will not compete with a race to the bottom. We will win in a global race by stressing the vital importance of quality.”

“We are going to ensure that British procurement driven by a Government liberated from the European Union procurement rules puts British agricultural production at the heart of the food that we buy for our school children, for our soldiers and for our civil servants.”

In its report, the British Poultry Council called on the Government to commit to:

Trainee of the year revealed

She was presented with the award, which includes a £2000 training grant from Zoetis and a £500 cash prize from the magazine Poultry World, by MP Neil Parish, chairman of the Efra Select Committee.

Klaudia is now studying for a Level 3 Work-based Diploma in Agriculture and intends to use the grant for distance learning with Scotland’s Rural College to study for a postgraduate diploma in Applied Poultry Science.

The other finalists, who also attended the awards, were Samantha Alexander of Heal Eggs near Shrewsbury, and Warren Knights, who works on a broiler growing farm in Norfolk.