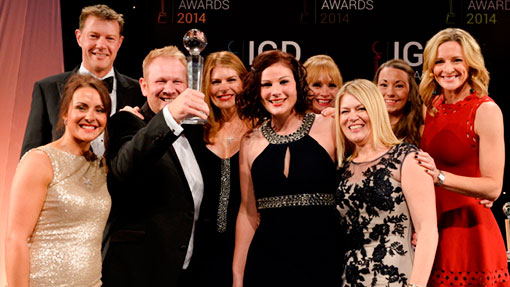 Lincolnshire-based egg packer LJ Fairburn has been judged the best “business in transformation” at the annual Institute of Grocery Distribution (IGD) awards.

Four companies were selected as finalists – Asda, Quorn Foods and international feed wholesaler Wanis being the other three – for the award that recognises businesses which have achieved a fundamental shift in performance.

LJ Fairburn says it qualified as a result of its rapid business growth and transformation after leaving Noble Foods to market its eggs independently.

Since then, the packer had secured contracts with five major retailers – Asda, Aldi, the Co-op, Iceland and Sainsbury’s.

“The past 12 months has been pivotal for our business,” said managing director Daniel Fairburn. “We have significantly upscaled our production, restructured and have secured five massive retail contracts.

“We are now one of the largest producers, packers and distributors of shell egg in the UK, supplying more than 10 million eggs weekly. We have also launched our own regional brand, Fairburn’s Lincolnshire Free Range Eggs.”

“Our objective is sustainable business growth for future generations,” said brand director Sarah Louise Fairburn. “For this reason, we have reinvested 91.7% of profits back into the business.”

The award was sponsored by business transformation consultants Boxwood, and presented by TV presenter Gabby Logan.