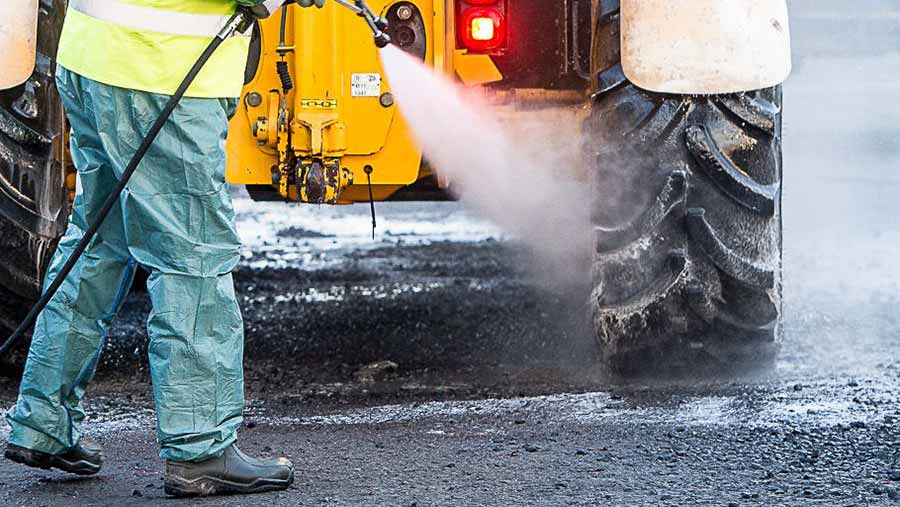 A fund to help pay for deep-cleaning a poultry farm in the event of a bird flu outbreak will likely not go ahead after British Egg Industry Council (BEIC) subscribers rejected the idea in favour of insurance.

Poultrymeat companies pledged £500,000 in principle before Christmas on the condition that the egg sector contributed a similar amount.

The money would have been used to speed up secondary cleansing and disinfection following an avian influenza outbreak, potentially cutting the time it would take for the UK to regain AI-free status.

But members of the BEIC voted against such a fund at a recent meeting, suggesting insurance was a preferred option.

Why pay to clean another farm?

An outbreak of avian influenza has massive implications for the trade of poultrymeat and genetic material with third countries. Once the disease is confirmed, the UK loses its AI-free status, enough for a number of markets to close their doors based on a supposed disease risk.

It is not until three months after secondary cleansing and disinfection that this status is regained, and trade may return to normal.

When an outbreak of AI hit a farm in Preston, Lancashire, last year, industry bodies contributed to the cost of cleaning to speed up the process. That cost was put at about £500,000 and, without the additional resources paid for by industry, regaining AI-free status would have been delayed by several months.

A source said it was a disappointing development, and suggested the meat sector would now have to consider whether or not to go ahead with a fund, independent of the egg sector.

‘Difficult to impose and administer’

Mark Williams, BEIC chief executive, said since the idea of a cross-industry fund had been raised, several insurance policies had been released.

“BEIC subscribers have decided that, with several alternative policies on offer, individual egg producers and packers should be encouraged to take out insurance, or make other arrangements, rather than an attempt to organise an industry levy, which would be difficult to impose and administer across the entire industry,” he said in a statement.

Mr Williams, who also chairs the Poultry Health and Welfare Group that first considered the levy, added that additional biosecurity measures would be written into the Lion Code.

Furthermore,  “real progress” had been made in work to minimise cost and disruption in the event of an outbreak of avian influenza.

This included examining how other countries cleaned and disinfected, whether Defra had appropriate resources for efficient culling and the possibility of housing free-range birds in the event of an outbreak.