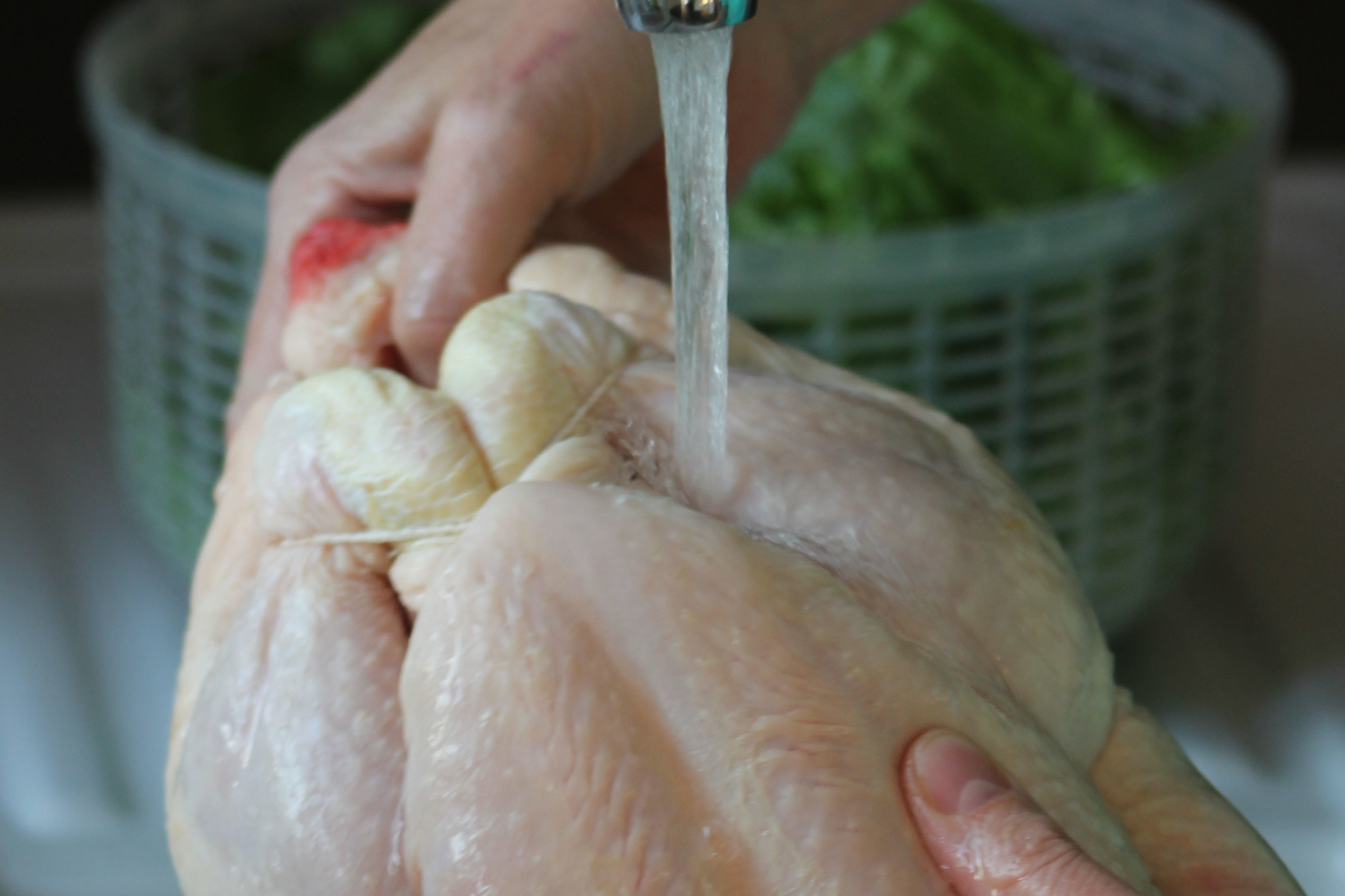 Campylobacter causes severe stomach upsets and PHE estimates it costs the UK up to £900m a year in treatment and lost work days.

The higher figure of 60,000 fewer cases is based on PHE estimates, which suggest for every confirmed incidence there are 9.3 infections which go unrecorded.

The decline came after a major initiative launched by the Food Standards Agency in 2014 which showed that more than 70% of fresh chickens on supermarket shelves were contaminated.

Retailers were named and a league table produced showing the worst performers.

The poultry industry has introduced a wide range of measures to combat the bug, including tighter biosecurity restrictions on the farm and slaughterhouse interventions such as steam and ultrasound techniques, which to remove bacteria from carcasses.

The FSA also published advice to the public showing how to handle uncooked poultry. Most memorably it warned against washing raw meat to reduce the spread of bacteria around the food preparation area.

A fall in the number of raw chicken products carrying the bacterium – from 70% in 2014 to 50% in 2015 was attributed to the measures taken. But the PHE was cautious about claiming the campaign had resulted in the decline in cases.

The FSA said it plans to release its latest set of results for campylobacter testing on supermarket chicken before the end of February.