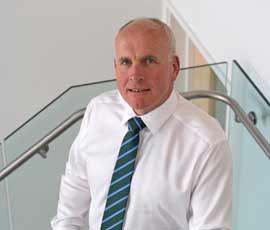 “The worst situation I have ever experienced in my 30 years in the free-range egg industry” is how franchise business operator John Bowler describes the current state of the market.

In a letter to BFREPA chairman John Retson, Mr Bowler expresses his concern that some free-range egg producers will not be restocking next year, a situation being forced on some by the unwillingness of the banks to lend money.

Mr Bowler says it is crucial to get the message across to supermarkets that they will have to pay more for free-range eggs if they want a supply in future. “I expect free-range eggs to be exceptionally scarce next year.”

In a recent newsletter to his franchisees, he warned of a continuous stream of pullet and chick cancellations over the next 13 months.

“I roughly estimate that 400,000 birds have recently been cancelled. If this happens every month, or every two or three months, then it’s a considerable amount of birds that will have a big shortage effect on the market.”

Convincing supermarkets to pay more was going to be tricky. “Farmers have been, and are continually, banging the drum of poverty, to the extent that very few (supermarkets) pay attention.

“But if retailers want to see continuity of supply, then they have to support the most efficient producers with a level of price increases today, that ensure they get their supply tomorrow.”