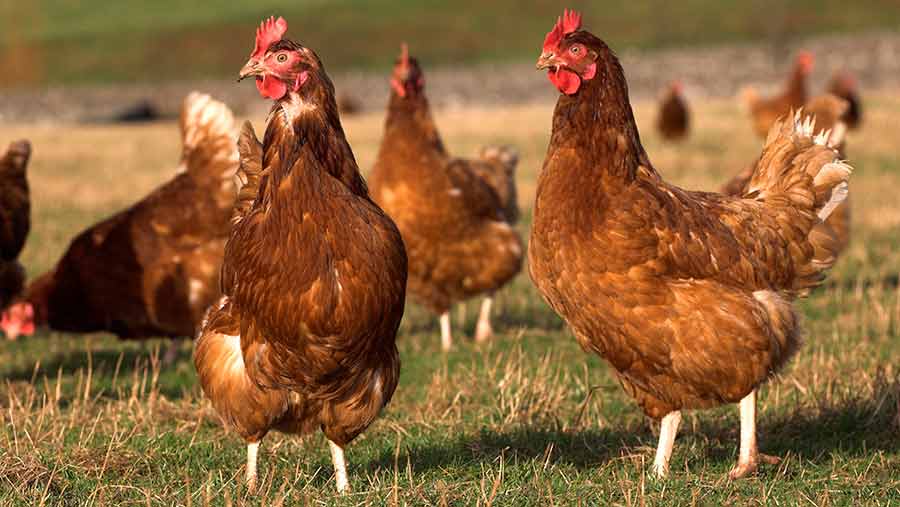 Italian authorities say it is distinct from a low-pathogen variant of the same strain discovered in “ornamental” poultry close to the outbreak earlier this month.

A Defra assessment authored by Prof Ian Brown and Helen Roberts says that, if a wild bird strain of H7N7, the outbreak would be “concerning and novel”.

But it adds that the most likely cause was a low-path strain circulating within the flock that mutated to become high pathogen AI.

“It is possible there is an as yet undetected H7N7 HPAI virus circulating in poultry or captive birds elsewhere which has not caused clinical signs,” the assessment warns.

“In which case this reinforces the difficulties experienced with using passive surveillance only for some of these viruses and the need to enhance such systems through early reporting where signs are not suggestive of AI.”

Defra suggested this would be unclear until a full epidemiological investigation had concluded.

The farm, which is described as “free range or organic”, is located in the Ferrara region of north-eastern Italy.

Mortality at the unit spiked, with some 600 birds dying before the disease was identified according to the OIE (World Organisation for Animal Health).

As part of control measures, a 3km protection zone and 10km surveillance zone were established. The remaining flock, which totalled 17,000 laying hens, was humanely culled.

In addition to this outbreak, the country recently discovered both H5N2 low path and a low-path variant of H7N7, both in similar regions to the high-path outbreak.

Defra said the risk to UK poultry producers was low “but heightened”, and that no live poultry or eggs had recently been imported from Italy.