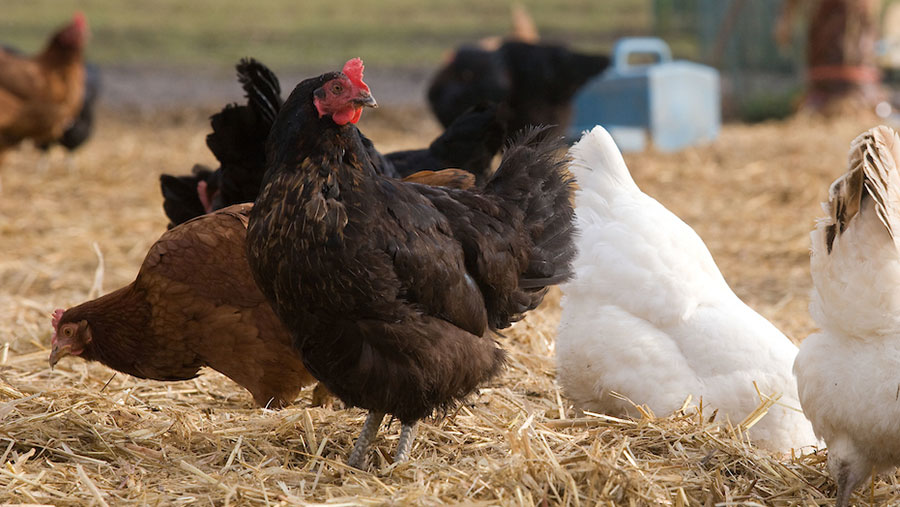 Defra is set to announce a poultry housing order that will force free-range flocks to be kept indoors amid a growing threat from avian influenza.

The announcement is expected imminently after the UK saw a further outbreak of the disease at a turkey farm in Northallerton, North Yorkshire, on 29 November.

Earlier in November, a GB-wide prevention zone was imposed as cases grew in wild birds and commercial flocks succumbed.

According to the British Free Range Egg Producers Association (Bfrepa), the worsening situation is following a similar pattern to the last major avian flu outbreak in 2016-17.

But it warned that a worrying aspect of this winter’s pandemic is that it has started much earlier than it did four years ago.

Bfrepa said: “Indeed, this year’s first EU and UK poultry infected premises are six weeks ahead of 2016, as is the number of wild bird cases.”

With more potentially infected migratory birds arriving to overwinter, Farmers Weekly understands Defra is finalising preparations for the order, which would then be enforced this week.

Once announced, the order will require all outdoor flocks to be housed until the government deems the risk has passed.

The move will place flocks under additional pressure, both in terms of the practical issues of looking after housed flocks and from a marketing perspective.

Farm assurance and marketing standards dictate that free-range flocks must be allowed access to ranges each day. Without this access, eggs cannot be labelled free range and producers will lose the premium payments, costing businesses thousands in lost revenue.

Although this requirement is temporarily waived under a housing order – usually for 16 weeks – the early stage of its introduction means the disease risk may still be present.

“Given the rapid onset of the virus and the probability that it would remain a risk to free-range flocks until mid-April [as in 2017], the timing of the implementation of a housing order is vitally important,” Bfrepa said.

“Producers are only guaranteed to maintain a free-range egg premium price for up to 16 weeks of housing. After that, the risk of free-range eggs being downgraded to ‘barn’ is a real risk,” it added.

If that situation occurred the sector would likely issue stickers to advise shoppers that the eggs had been produced in temporarily housed free-range hens.

This would avoid a prohibitively costly rebranding and repacking of the egg boxes themselves.

However, Bfrepa warned that while this approach was allowed by the government in 2016, there was no guarantee it would take such a relaxed approach this time around.