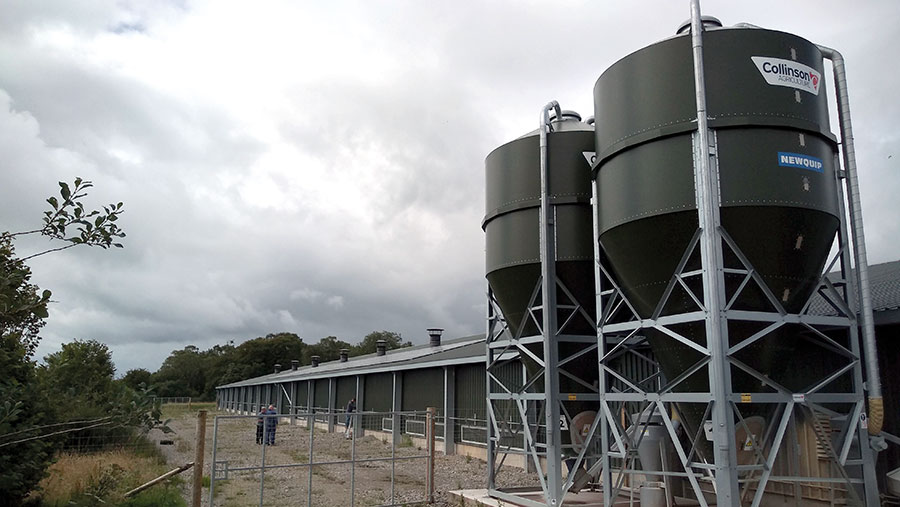 When June and Frank Armstrong’s power supply company quoted a figure of £150,000 to hook up their new poultry shed to the mains electricity network, it forced a rethink.

The Armstrongs had been milking 130 cows at Netherhirst, near Longtown, Carlisle, but when they reached their 50s, they began to question their future in dairying.

The couple’s daughter was studying languages and looked unlikely to join the farm business, prompting the question whether they want to be milking cows in 10 or 15 years’ time.

A conversation with their feed supplier, Adam Green of Lloyds Animal Feeds, was the catalyst for change.

He knew they were considering other options, so he gave them a leaflet setting out how to get into free-range egg production.

“We ran the numbers through the computer several times, visited poultry farms, attended meetings and decided to go for it,” said Mrs Armstrong. 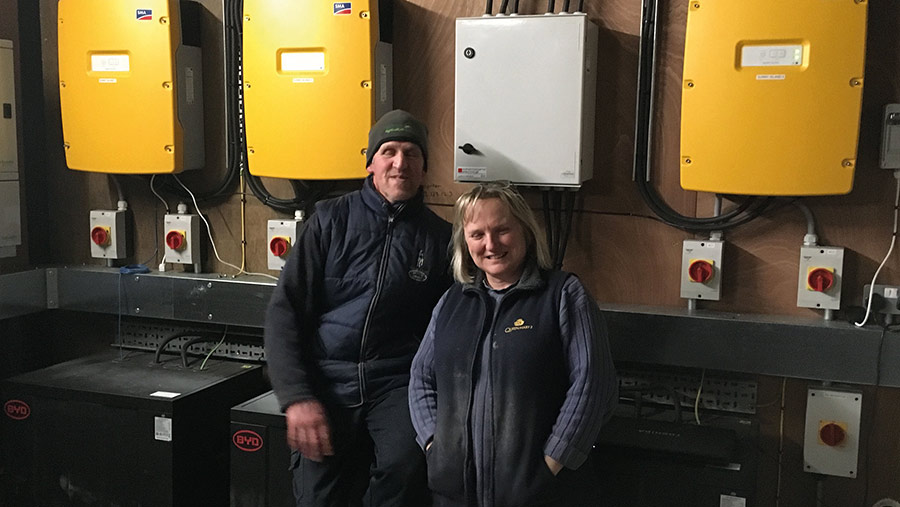 They secured finance, sold their cows and applied for planning permission.

The planning process was straightforward – it took three months and the development met with no objections.

“We live in a very rural and remote area, so the people we have around us are generally farming too; people were very supportive,” says Mrs Armstrong.

The farm has three-phase electricity, so the Armstrongs anticipated tapping the poultry shed into this supply.

But this was cost-prohibitive – the £150,000 they were quoted for a large transformer and associated infrastructure greatly exceeded the £60,000 they had earmarked in their capital budget for power.

With a south-facing aspect and a large roof expanse, the poultry shed itself offered an attractive solution.

The poultry house is oriented east-west, which gives a large expanse of south-facing roof area on which solar panels could be installed.

“Poultry farming is an energy-intensive business, but with solar we could rely on the sun to generate that energy for us,” says Mrs Armstrong.

The supplier, Love Solar, calculated their requirements by working with the manufacturer of the poultry shed.

Ewen Estill of Love Solar says solar and poultry sheds are the perfect match because energy consumption in poultry houses is highest during the summer daylight hours, when cooling and ventilation demands are greatest.

Energy costs can be quite high for poultry production, especially during the summer and warmer months, when there is a high demand for cooling the poultry sheds to maintain an even temperature to optimise production, he says.

Output from photovoltaic (PV) is usually maximised in the summer and through the middle of the day when solar insolation – how much sunlight is shining down on us – is greatest. Therefore, PV peak output and the poultry house peak loads will often coincide.

For £70,000, a solar PV array with battery storage with an annual energy output of 25,000kWh was installed at Netherhirst Farm.

The battery, which stores excess power produced by the solar to be used at times when demand is higher than what the solar can provide, can store 45kW and can be added to if needed.

The business expects savings on diesel costs to cover the cost of the system within six years. It made investment in a solar array more attractive than the Armstrongs had anticipated. 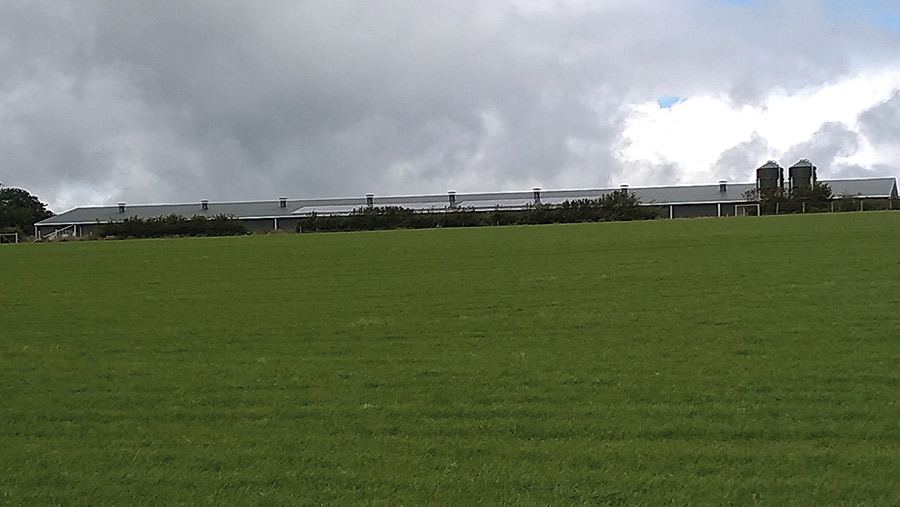 The panels were installed in just three days. The system they installed is 30kW with an estimated output of 25,000kW/year. This array matched their budget, but it could be upgraded at a later date if necessary.

Because the shed at Netherhirst is off-grid, a generator is needed to provide energy when there is insufficient sunlight.

The Armstrongs have two 66kWh generators – one is operational and the other is a backup to provide the security of power supply critical to poultry production.

If the solar and batteries combined can’t produce enough power for the shed, the generator automatically kicks in to supply the required amount of power.

Mrs Armstrong says 66kW is a big generator, but points out: “We wanted something that would more than just cope; there must be a bit of leeway.”

During the summer months, the generator is operational for an average of two to four hours in every 24-hour period, but this will increase significantly in the winter.

The diesel to run the generator costs an average of £2,000/month, but this figure can be as low as £1,000 during the peak summer months.

“The generator was running for 24 hours a day in the winter, but on the very sunniest days we have had this summer, it was only going for an hour or two in every 24 hours, so there are significant savings on diesel from the solar array,” says Mr Estill.

Is the system working?

With long, sunny days, supply is currently meeting demand, but performance will be monitored this winter and more panels will be installed if needed.

This could generate up to 20kW more power.

“The system has been developed in a way that it can easily be added to; there is room on the roof to install more panels,” says Mrs Armstrong.

The Armstrongs would typically pay £800/kW if they added to the system.

Using a computer or smartphone, the couple can monitor the operation of each solar panel in real time. Key information includes how much power is being produced, if there are any issues with the panel or inverter and how much power the panel has produced for the year.