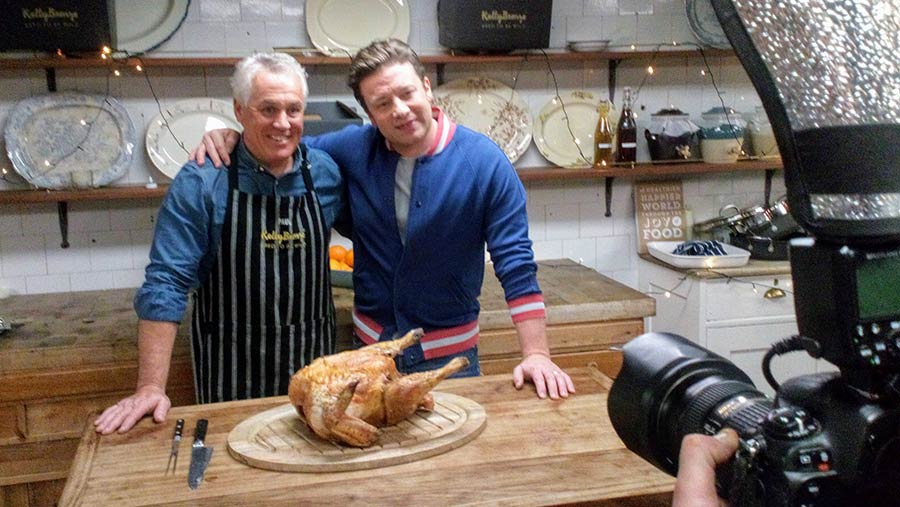 Shoppers are wasting their money and creating unacceptable food waste when they opt for a turkey crown for Christmas rather than a whole bird, a leading turkey producer has claimed.

Paul Kelly, a former Farmers Weekly poultry farmer of the year and managing director of Kelly Bronze, told a briefing at TV chef Jamie Oliver’s London headquarters that customers were paying over the odds for a crown, with a retail mark-up of about 44%.

He said he wanted to counter a false public perception: most consumers believed crowns or joints were a cheaper alternative to a whole bird, but in terms of cost per kg, the reality was very different.

“The shocking truth that a turkey crown is nearly double the cost per kg of a whole bird should be reason enough to make the switch,” Mr Kelly said.

“All turkey producers add the cost of the legs that are removed on to the price of the crown, so when you buy a crown you have paid for the whole bird regardless.”

Despite this, Mr Kelly said about 70% of consumer purchases at Christmas were for a crown or joint of turkey, and that trend had increased in recent years.

Apart from the poor economics, he explained that the practice was adding to food waste.

“Public perception continues to be that crowns are easier and simpler to cook than a whole bird, but they should really be questioning what happens to the legs and wings that are removed to create the turkey crowns,” he said.

“From a sustainability standpoint, the amount of waste created by the demand for turkey crowns is alarming.”

Mr Kelly also suggested that the dark meat of a free-range turkey was hugely under-appreciated.

“While it is true that dark meat is slightly higher in cholesterol and fat, it’s predominately the heart-healthy mono- and polyunsaturated kinds. Dark meat also contains more iron, zinc, riboflavin, thiamine and vitamins B6 and B12 than white meat.”

“In the days of commercialisation of turkeys it was all about speed and cost, which is democratic in some respects, but at the cost of culture, flavour and nutrition,” he said.

The TV chef said that, now more than ever, quality and integrity mattered, as did treasuring older breeds and genetics.