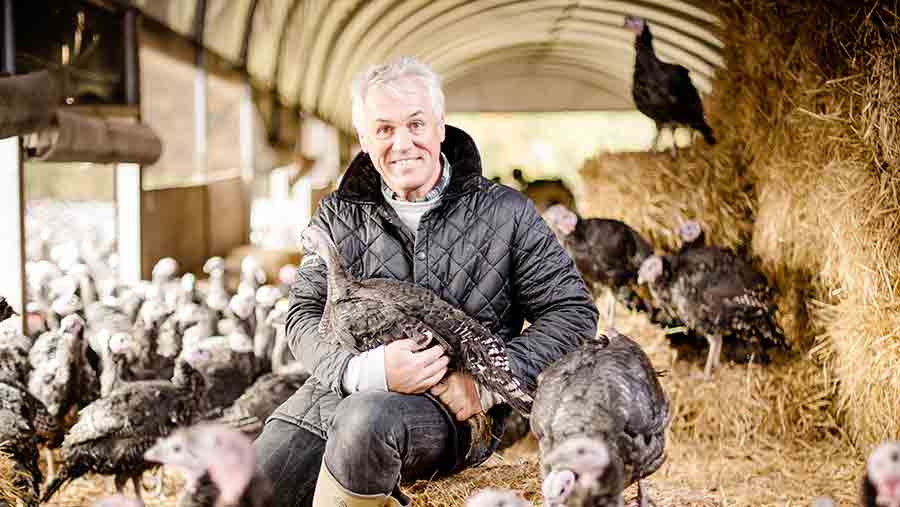 Concerns about the threat of cheap imports, border controls, lack of available seasonal labour and a growing EU market has prompted Kelly Turkeys to move some of its business to mainland Europe.

The producer is looking to move part of its breeding stock and hatching egg production from Ayrshire, Scotland, to either Holland or Germany, in the light of fears around the repercussions of Brexit.

See also: Read all our Brexit coverage in one place

Owner Paul Kelly told Farmers Weekly that the company was looking to move about 5% of its total breeding stock of 42,000 birds. The remaining breeding stock, including grandparent stock and pure lines, will remain in the UK.

Mr Kelly said the company was looking for two farms of 1,000 sq m in either the Netherlands or Germany, and expressed his deep concerns about Brexit: “It’s really difficult to see any benefits for the industry, other than a small reduction in bureaucracy,” he said.

“But the downside is huge. If we experience a no-tariff regime for US and Brazilian imports, it will basically be game over, unless the consumer is prepared to pay a huge price difference to buy British.

“There is no evidence that – other than for a small segment of the population – that they are prepared to do this,” he added, pointing to the growing amount of meat already coming in from Poland and Ukraine.

Mr Kelly is also concerned about operating outside a customs union with the EU, as well as the prospect of sourcing enough seasonal and full-time labour post-Brexit. Without their input, he believes, the industry will grind to a halt.

Kelly Turkeys, which sells its characteristic bronze turkeys under the brand name KellyBronze, supplies about 27% of the fresh Christmas turkey market. Total production of the company amounts to 2.2m poults a year.

The seasonal nature of the business means that, at Christmas, 90% of its workers are EU nationals; while in the summer, when the company is producing hatching eggs and poults, this falls to about 60%.