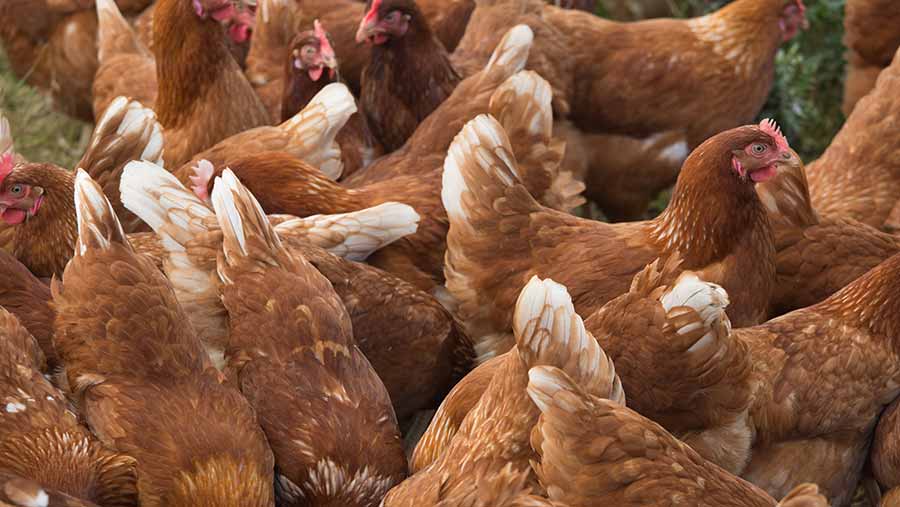 Government officials have seized documents and threatened legal action after a series of unannounced inspections revealed potential cases of overstocking on a number of layer units.

The Animal and Plant Health Agency (APHA) said its Egg Marketing Inspectorate was engaged in an ongoing, detailed audit of laying hen premises and their suppliers.

The campaign follows a case of overstocking in Wales where legal action is being taken.

See also: Antibiotics use in livestock down but more to do

An APHA spokesman said: “We have identified potential cases of overstocking on a large number of laying hen units in England and Wales and hence potential non-compliance with egg marketing and animal welfare rules.

“We are ensuring swift action is being taken by the industry to bring these businesses back in line with regulations.” The spokesman added that the investigations were thorough and that its inspectors had the power to examine “all legally required records”.

“Should overstocking be confirmed, any producer failing to correct the overstocking will face further action such as declassifying of eggs and prosecution,” the spokesman said.

“We have met the egg industry and their assurance schemes and urged them to press their members to correct the overstocking,” he added.

It said pullet rearers had reported having documents and sales records seized by EMI agents.

Inspectors have told rearers they have the legal authority to examine the records dating back two years and would be prepared to involve police officers to enforce that right if necessary, Bfrepa said.

On laying units, APHA officers wanted to see the documents showing the number of pullets that each producer had bought in.

As well as examining these records, the APHA can draw information from other documents, Bfrepa said. British Egg Industry Council Lion passports show the number of birds that should be housed while animal transport certificates provide evidence of the number delivered.

“It is important for the image of the industry that we follow not only the rules set down in legislation, but also the rules of the accreditation schemes. Otherwise it gives consumers a right to be concerned about the standards of free-range,” Mr Gooch said.