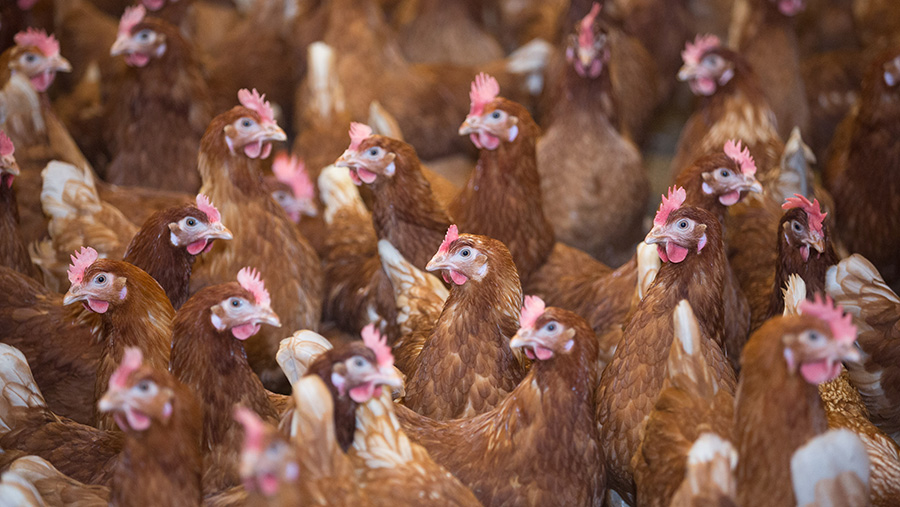 A poultry flock is to be culled at a small farm in North Yorkshire after avian influenza was confirmed in a batch of laying chickens.

The Animal and Plant Health Agency (Apha) confirmed the presence of the H5N8 subtype on Saturday (6 February) at the commercial premises near Redcar.

All the poultry will be humanely culled on the site. A 3km and 10km temporary control zone has been imposed around the site.

The outbreak comes days after the same strain of avian flu was confirmed in pheasants at a gamebird farm at near Amlwch, Anglesey, on 28 January.

The H5N8 strain is highly contagious and it is sweeping across the country, but Public Health England says the risk to humans is “very low”.

There have been nearly 300 cases of avian influenza in wild birds, but strict biosecurity has limited cases at commercial premises to 22.

The British Free Range Egg Producers Association (Bfrepa) said recent cases highlighted the need for every poultrykeeper in the UK and Northern Ireland to follow avian flu lockdown rules – or risk the disease decimating the egg and meat sectors.

Housing measures to protect poultry and captive birds came into force in Great Britain in mid-December.

It is now a legal requirement for all birdkeepers – small- and large-scale – to keep their birds indoors and to follow strict biosecurity measures to limit the spread of  the disease.

Since 14 December, all poultry – including chickens, ducks, turkeys, geese, partridges, quails, guinea fowl, pheasants and pigeons bred for meat – must be housed indoors.

Defra chief vet Christine Middlemiss said: “Whether you keep just a few birds or thousands, you are now legally required to meet enhanced biosecurity requirements. This is in your interests to do, to protect your birds from this highly infectious disease.”

Bfrepa chief executive Robert Gooch said he was “deeply concerned” to hear reports of some poultry being seen outdoors during “the most serious outbreak of avian influenza we have ever experienced”.

He added: “It is not an ideal situation, but necessary as we all play our part in minimising the spread of this devastating disease.”

Avian flu is a notifiable animal disease. Anyone who suspect any type of bird flu in poultry or captive birds must report it immediately by calling the Defra Rural Services Helpline on 03000 200 301.